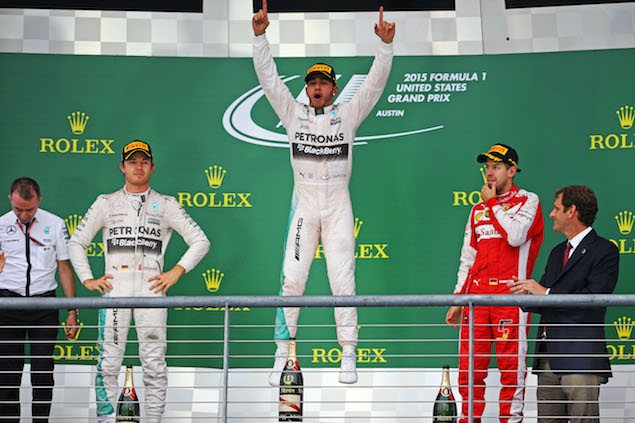 While his second world championship was a tense affair which went down to a final race showdown with team-mate Nico Rosberg, Hamilton has cruised to his third championship with a dominant display which consisted of ten victories and 11 pole positions to date.

Here, F1i looks back at Hamilton's success this season with the highs (and few lows) of an impressive campaign.