After Nico Rosberg made it three wins in a row in the final race of the season, F1i looks at how each driver performed in the Abu Dhabi Grand Prix and gives a rating out of ten 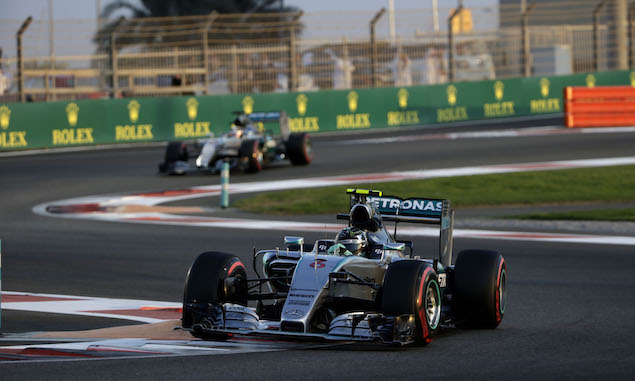 Rosberg ends 2015 on a real high after three consecutive victories, the first time he has achieved such a run in Formula One. This weekend was arguably his most dominant, with Rosberg putting a marker down in FP2 and extending his advantage from that point on. His qualifying lap was excellent, giving him a comfortable margin over Hamilton, and his race pace was so good that Hamilton’s side of the garage opted for an alternative strategy to try and get back in to the race having been over six seconds adrift in the middle stint. Finishes the year with more points and wins than 2014.