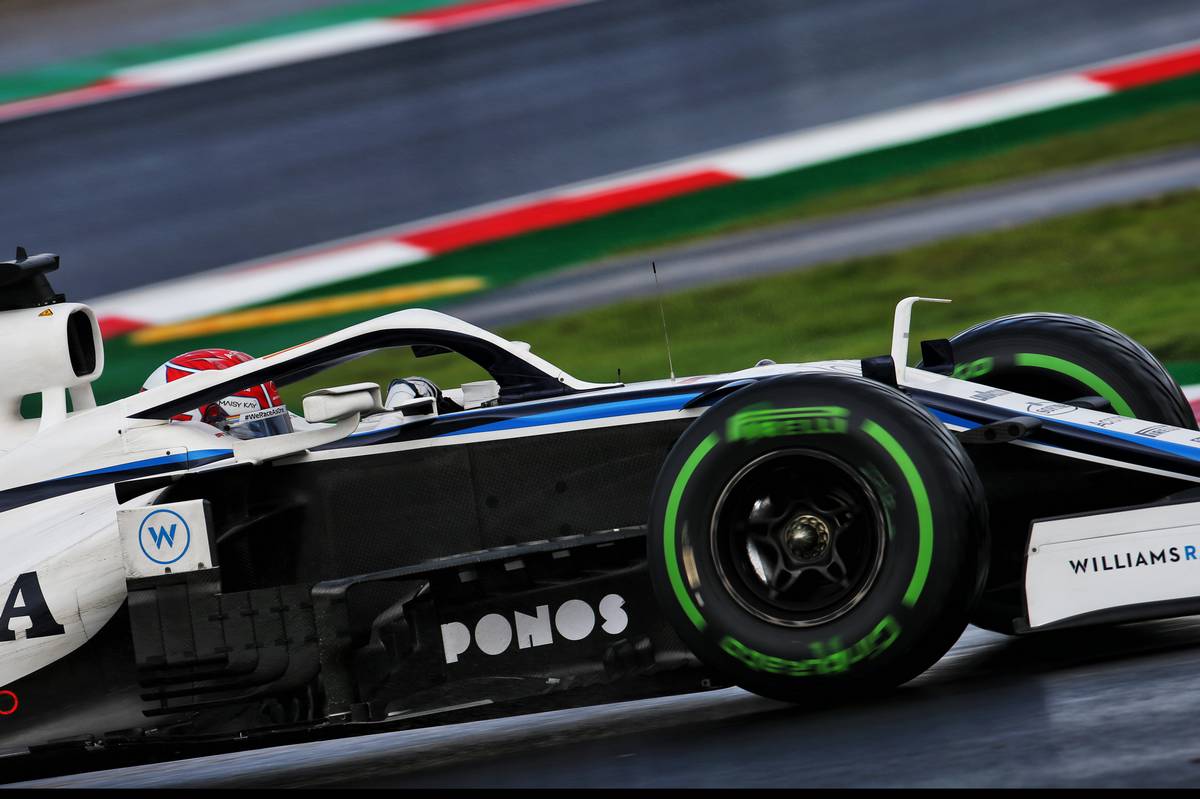 Nicholas Latifi
"We had some damage on the car after contact with Romain Grosjean, so we decided to retire. I was getting lapped, but my mirrors were so dirty that I literally couldn't see behind me. I knew I had to move over but it was difficult to judge where they were. There was no grip out there and therefore you can't generate tyre temperature, so with the damage on the car, there was no point staying out. There was no part of the race that was enjoyable for me and overall, it was a weekend to forget."

George Russell
"We made the decision to start from the pitlane, which was always the intention. On the laps to grid I knocked the front wing off at the pit entry, but the guys did a great job to get the car fixed. The race itself was very tricky in the opening stages, but then we found ourselves in P11 and it was looking really promising, the car and tyres were feeling good. From then, the tyres dropped off, so we boxed for another set of intermediates which didn't work. None of us were able to push the car to the limit, slipping and sliding around. This weekend wasn't a lot of fun which is a shame as it is a fantastic circuit and we didn't get the opportunity to fully appreciate it. A massive congratulations to Lewis, he keeps on delivering and is setting the bar for all of us to chase."

Dave Robson, head of vehicle performance
"The weekend ended as it began with tricky conditions throughout. We chose to start both cars from the garage on Inters in the hope that we could make some early gains with hot tyres and avoiding the stint on Extreme wet tyres. George made good initial progress and the plan was working well. However, as the tyres began to wear, there was a difficult phase when used tyres had insufficient rubber left, but new tyres were unsuitable for the drying conditions. Nicholas was forced to retire after a collision with the Haas damaged his car. Unfortunately, the track never dried enough for slick tyres as this would have added another dimension to an exciting race and would have suited our strategy.

"It has been a very difficult weekend throughout but the team in Turkey have acquitted themselves very well and we have gained a lot more experience of the Pirelli tyres, especially the Inters. Sadly, we just didn't have the pace this weekend, but we look forward to pushing again for the final triple-header sequence in Bahrain and Abu Dhabi."