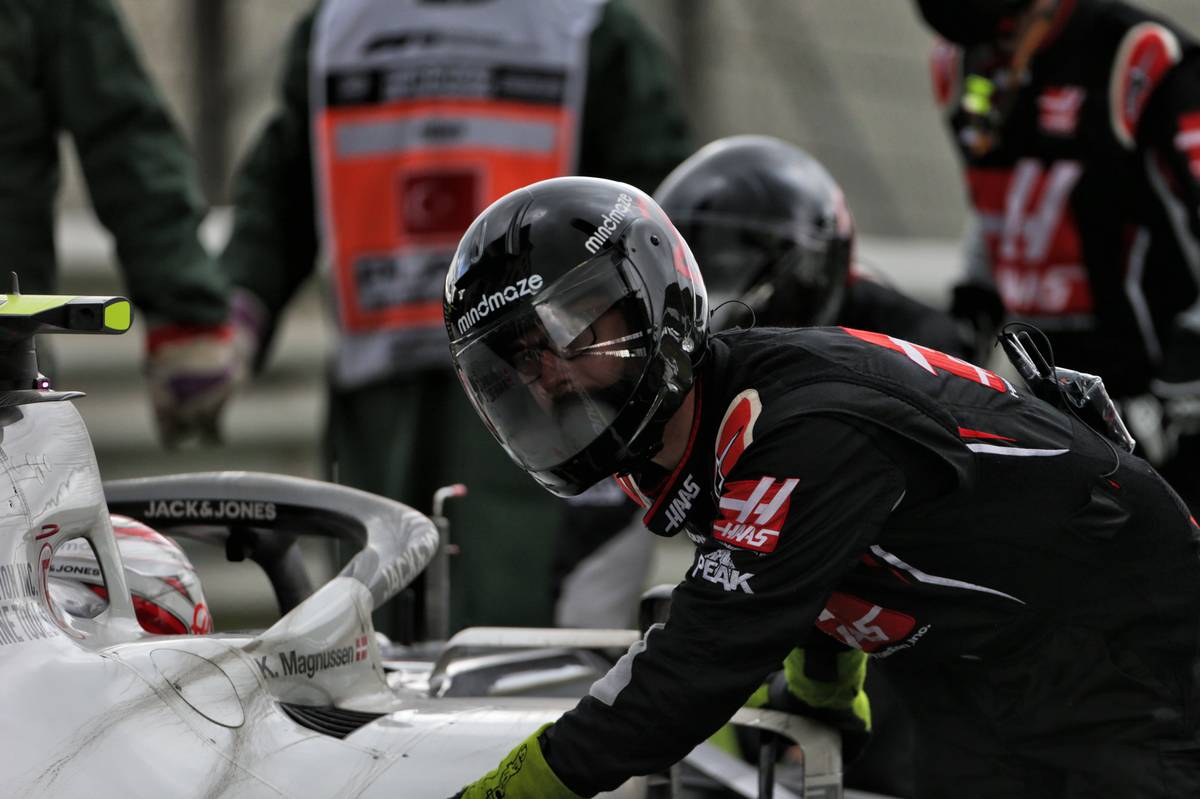 Romain Grosjean
"It was a tricky race as suspected – it was very slippery. We struggled all weekend to generate tyre temperature. I didn't feel very comfortable in the car, or at least I couldn't really push the way I wanted. There were times in the race it was getting better, other times it wasn't. Then Nicholas (Latifi) crashed into me which heavily damaged my floor. We retired the car shortly after that. We were struggling in these conditions from the beginning, it was always going to be a hard race. If there were mixed conditions maybe we could have done something, but in a pure wet race it was harder."

Kevin Magnussen
"The race had been going really well. The tyres really wore down to the carcass, and when they got to that stage we were really strong. I think we cost ourselves some points today. I guess a tyre didn't come on I guess at the pit stop. I had to stop the car and get pulled back. I lost two laps and that was it really. We had really good speed in the car, so once again it's very sad that we've missed a points opportunity."

Guenther Steiner, team principal
"The race was going in the right direction, at least for Kevin (Magnussen). We were solid there in the top 10, looking quite stable, and then we had a bad pit stop again. That took us out of the points. From there on we just couldn't do a lot. It was a very interesting and exciting race, but we weren't part of it to get points. There's nobody else to blame but ourselves. We need to fix this going forward."