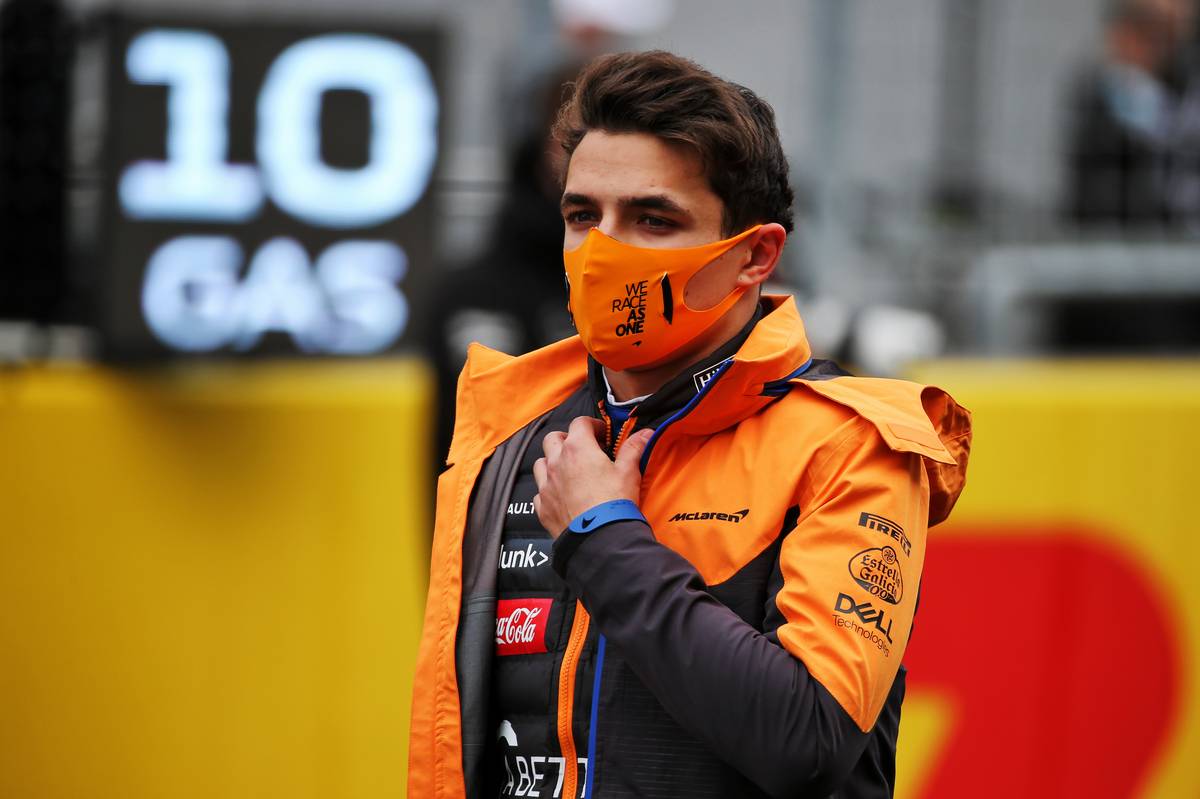 Lando Norris
"That was a good race – a lot of fun. My start wasn't great, but I think a lot of people on the left-hand side of the grid had bad starts. Everything after that was good, it was just very difficult to overtake. Normally it's like that in the dry, but in the wet there was only one line you could use and it was almost impossible to pass. But, when we were in clean air, we had really good pace all the time. I think we did the best job we could during the race – and I had the fastest lap, so that showed the car was genuinely quick.

"Finally, a massive congratulations to Lewis on winning his seventh championship. It's a really amazing achievement."

Carlos Sainz
"Very, very good day for us after a disappointing Saturday. We managed to put together a very strong race under super tricky conditions. I had a very good start, picking up six places, switching on the tyres and keeping a solid pace with both compounds. From there, I managed to pull off some good overtakes to finish P5. I definitely rate this race as one of the hardest I've done in F1 so far and I'm very happy to have recovered 10 positions in these conditions. I'm also happy for the entire team because it looks like we saved a tough weekend with both cars again in the points.

"Last but not least, big congrats to Lewis on equalling such an incredible record – seven championships is a great achievement."

Andreas Seidl, team principal
"What a recovery! Friday and Saturday were both very difficult days and delivered the worst starting positions we've had this season so far. Last night it was important to focus on the task ahead and maintain the belief that there would be opportunities to make a comeback today. Big thank you to both drivers and the team for an excellent job in executing a clean race in incredibly difficult conditions.

"We had a competitive car today, and good work from the team on the pit-wall, in the pit-box and back at Mission Control allowed the drivers to show their qualities and deliver a very strong result. With three races to go, P5, P8 and Lando's fastest lap of the race means we scored important points for the Constructors' Championship.

"I'd also like to congratulate Lewis on a seventh Drivers' World Championship title. It's an incredible achievement and all of us at McLaren are very proud that he started his career with us."