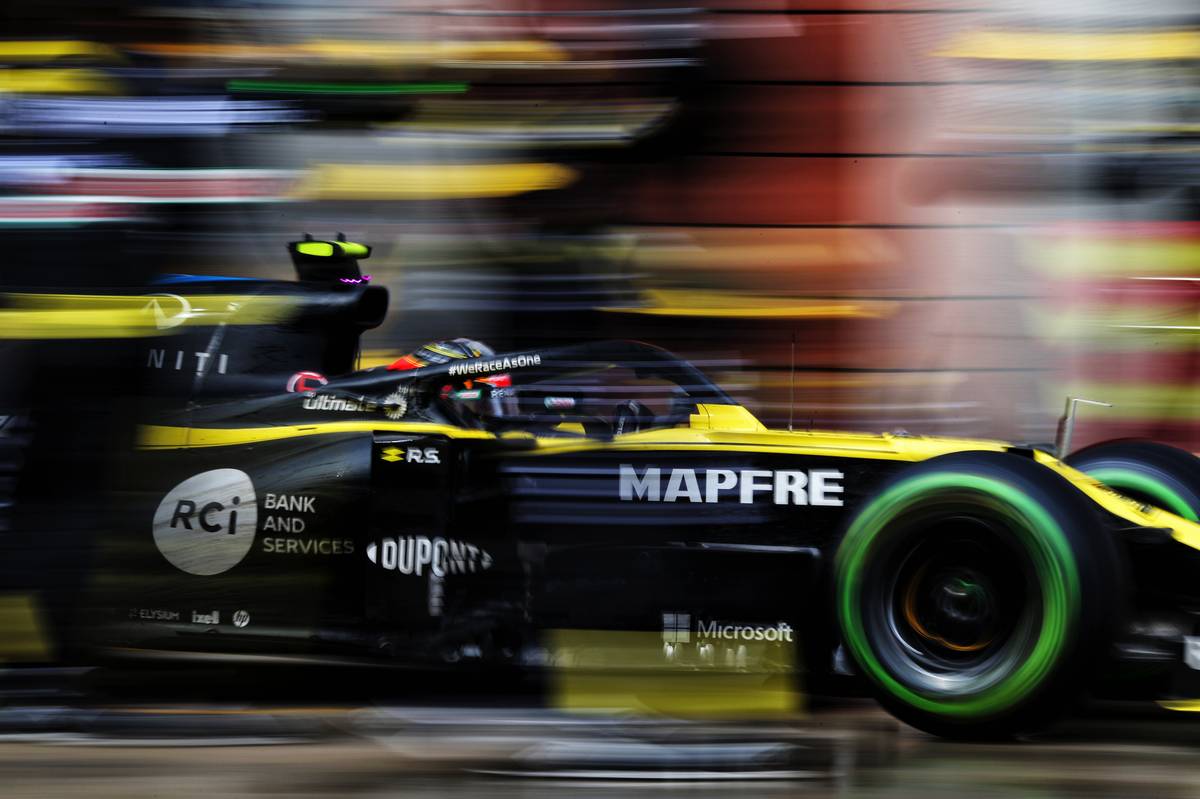 Esteban Ocon
"It was a difficult race for us today. I got hit twice at the start and that ended our chances of scoring good points. I was happy with my start and it was probably my best one of the year. I was third or fourth at Turn 1 and then I was unlucky to spin after Lewis [Hamilton] got close to Daniel, who clipped my rear. I then got hit at Turn 9, which punctured my rear tyre and from there it was always going to be hard to recover. We did our best and we move onto the next one. Congratulations to Lewis on the seventh world title."

Daniel Ricciardo
"We made a great start today, but I was squashed in between Lewis [Hamilton] and Esteban into Turn 1, so I had nowhere to go and I clipped my team-mate which is the last thing you want to do. We lost a couple of positions from the incident and then when we switched to the Intermediate tyres and we just couldn't make them last. There were moments during the race when I was told I was one of the fastest out there, then just a few laps later my tyres were completely gone so it was all a bit of a lottery. Obviously, a big congratulations to Lewis for wrapping up his seventh drivers' championship and to do it in such a dominant fashion today is very impressive."

Marcin Budkowski, executive director
"Today's race result is very disappointing. It was unfortunate that Daniel and Esteban touched at the start. Daniel looked competitive in the first part of the race, but his pace significantly deteriorated after his second stop as he struggled with his tyres. Esteban drove a solid race to finish eleventh and that was the best we could have hoped for after the first lap incidents and the lack of pace with the Intermediate tyres. Big congratulations to Lewis for his seventh title. We now turn our focus to the final three races in Bahrain and Abu Dhabi where we expect to be competitive on more conventional and grippy surfaces and aim to fight back for third position in the Championship."