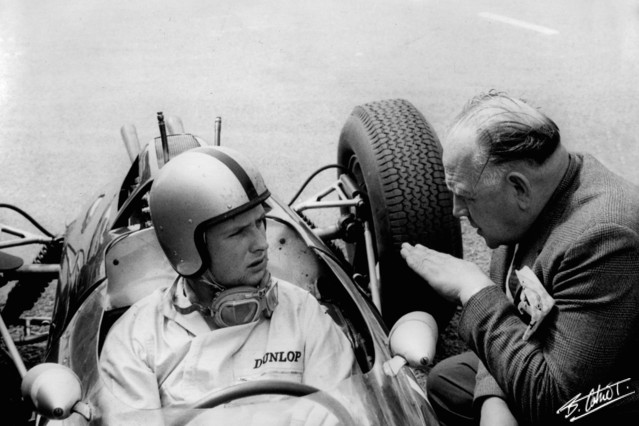 It all started in 1963 when a teen-aged Chris Amon left his native New Zealand to head to Europe to compete against the best drivers of the era. Chris had learned to drive at the age of 6 on his parents' sheep farm in Bulls.

He started racing an Austin A40 in local events before honing his skills behind the wheel of a 1.5-litre Cooper Climax. His graduation to a thoroughbred Maserati 250F really set his ambitions alight.

As he raced against the likes of Stirling Moss and Jack Brabham, Amon caught the attention of English team manager Reg Parnell (pictured here above) who offered the 19-year-old a seat on his F1 team, driving a year-old Lola-Climax!

There were no remarkable results to speak of in the following two years but persistence and tenacity were supplied to the young hopeful in large quantities.