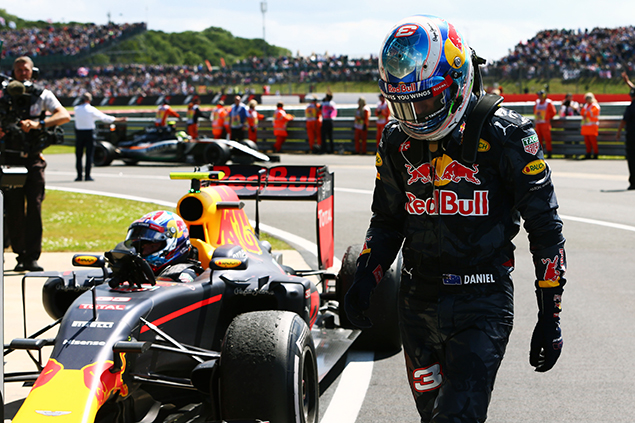 Again, Verstappen’s in-season promotion means the statistics need to be analysed cautiously but Ricciardo beat the Flying Dutchman 10-7 on race day in 2016. The Perth-born racer had a genuine shot at victory in Spain, where Verstappen became F1’s youngest grand prix winner, and Monaco only to fall foul of Red Bull’s questionable strategy and pit stop blunder.

Ricciardo is a fine talent when it comes to overtaking – remember that move on Valtteri Bottas’ Williams at Monza? – but he might have ended up against an even better expert in that area with Verstappen. Whether it was on Felipe Nasr at Spa in 2015, on Nico Rosberg in Silverstone last summer, or pretty much everybody in Brazil last November, the teenage sensation has shown a knack for pulling off sensational moves.

According to the data compiled by Pirelli, Verstappen topped the overtaking chart in 2016 with 78 manoeuvres credited to his name, the highest tally in one season since 1983.

F1’s hottest commodity certainly has ruffled a few feathers while establishing his reputation as an overtaking artist. Some drivers have complained about Verstappen’s on-track antics, calling him dangerous, when others have acknowledged a rare talent that has quickly become a fan favourite. His wet-weather masterclass at Interlagos immediately drew comparisons to the likes of F1 legends Michael Schumacher and Ayrton Senna.

Verstappen still needs to learn and channel his energy though, after hitting the wall twice in Monaco and being involved in a first-corner melee in Belgium. To that end, he could take a leaf out of Ricciardo’s book in the light of the Australian’s 100% finish record in 2016.

That said, Verstappen has already proved he can race like a seasoned veteran – think about his clever tyre management under sustained pressure from Raikkonen en route to his maiden race win in Spain.

“If you look at some of the guys who are considered the best – Hamilton, Alonso, Vettel – these guys who have won multiple championship, they have this innate ‘I must win’ thing going on in their heads,” he said.

“They do everything they can to make it work – even if it’s a bit controversial. They turn almost into machines on a Sunday afternoon.

“That’s the same with Max – he has an ‘I must win at all cost’ mentality. Event thought it’s always difficult for the new kid on the block to convince others he should be taken seriously, people are taking him seriously now.”