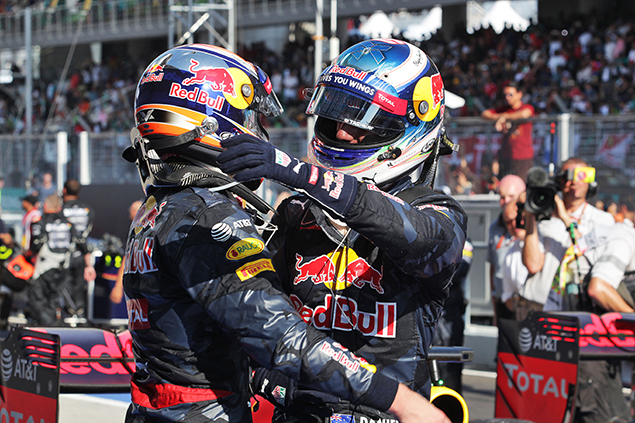 Ricciardo has showed great calm and resilience in the wake of Verstappen’s highly publicised promotion and ascent to F1 stardom. Underneath the Australian’s ever-smiling demeanour lies a genuine competitor who will not get pushed around. Ricciardo was at a crossroads last year: he had outshone a four-time world champion like Vettel during his breakout 2014 campaign only to be outscored by Daniil Kvyat the following season.

The Honey Badger delivered the goods in 2016, scoring his best points tally on his way to another third-place finish in the Drivers’ championship. His recovery from a frustrating year, combined with how he dealt with the Verstappen hype, has brought further evidence he is the real deal. An error-free driver, Ricciardo is also a well-liked figure among his peers with whom he seldom locks horns in races.

Verstappen is also very strong mentally, but his zero-compromise approach makes him a more aggressive racer and he was a prominent actor in several controversial incidents last year.

His robust defensive style, which has come under great scrutiny following repeated occurrences, led the FIA to clamp down on moving under braking. The decision left Verstappen pretty unfazed though, with the Dutchman trusting his instincts even if it means shaking the establishment.

“It’s good for the sport to have different opinions about drivers,” he told Autosport. “At the end we are racing drivers so we know exactly what is possible or not. If you really want to crash you can crash, but experienced and good Formula 1 drivers know what to do – and that’s why we don’t crash.

“I just enjoy what I’m doing, and I won’t change because that’s who I am. This is where it brought me so far in F1 and it’s good for the sport to have more attention, and more action!”

Verstappen has never lost his cool in the glare of the media spotlight, nor shied away from answering critics. He has repeatedly defended his approach, sometimes in a slightly over-confident manner, and vowed not to change it despite mounting reproach.

But does not over-confidence, if not arrogance, fit the bill of F1’s exceptional talents? After all, Schumacher and Senna were quite ruthless on and off track. Interestingly, Ricciardo is the entire opposite in that realm, he whose candid self-criticism is almost unheard of.

2017 F1 cars will be more demanding physically, so drivers will need to adjust their style to accommodate wider tyres, shorter braking periods, and higher cornering speeds. Verstappen’s meteoritic rise is proof the Dutchman is a fast learner, but the happy-go-lucky Ricciardo can also adapt quickly according to Red Bull’s head of race engineering Guillaume Roquelin.

“Sometimes, you’re speaking to Daniel about technical and minute procedures and you might think he is not really paying attention,” he told French newspaper L’Equipe. “But in fact, and this is regardless of how complex the processes are, he does everything perfectly. He is very good at that.”

If both Red Bull aces are hard-working professionals, Verstappen probably has the biggest room for improvement in 2017 given that this will be only his third F1 campaign and that he will be able to rely on last year’s data.

“The thing is I don’t have the data from myself from last year in this team so I always have to rely on old data,” he had told F1i over the summer. “With Toro Rosso when I came to the first four races I knew what I was doing, I was like ‘this I’ve experience last year’. The car is not that much different at the end of the day so you know how to work and you know which direction to go.

“Here it’s all new, they give you a direction and you have to work in that direction. When you have the experience from last year maybe you want to go in a slightly different direction, because you know how to drive the car, you know how you like the car and sometimes you have to swap a bit to another direction. But that will only get better and better. Next year whenever I come back, it is a new car but you have a bit more feeling to it and that will definitely help.”

This year’s technical overhaul is expected to give fresh impetus to Red Bull, given Adrian Newey’s track record when revised aero regulations come into play. The design genius tends to make the most of a new set of rules, as highlighted by McLaren’s improved performance in 1998 and 2005 as well as Red Bull’s rise to prominence in 2009. If the RB13 proves to be a genuine championship contender indeed, then expect the tension to go up a notch or two between Ricciardo and Verstappen.

“I'm not naïve,” the Australian said. “If we're fighting for wins I'm sure the pressure and tension will rise - but hopefully we'll be able to look each other in the eye and say 'good job' afterwards.”

With Hamilton now bereft of his favourite frenemy at Mercedes, the Ricciardo-Verstappen battle looms as F1’s next sizzling rivalry. 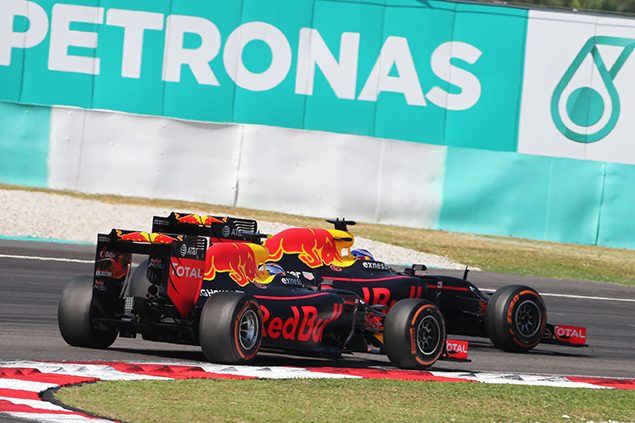