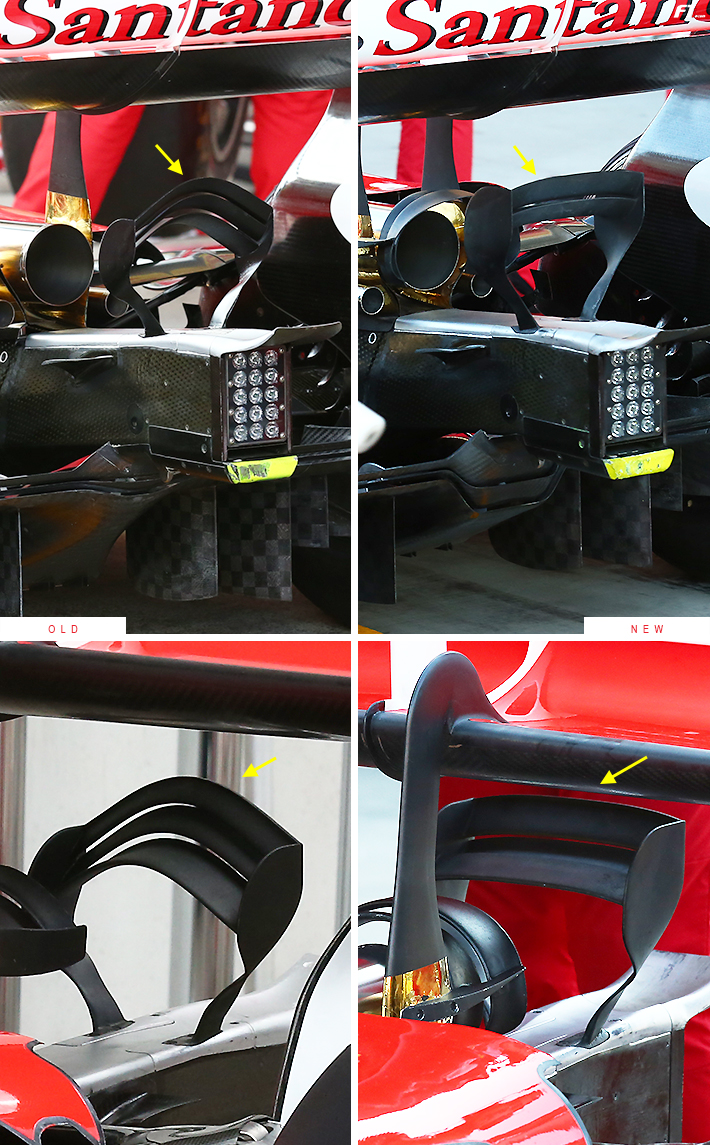 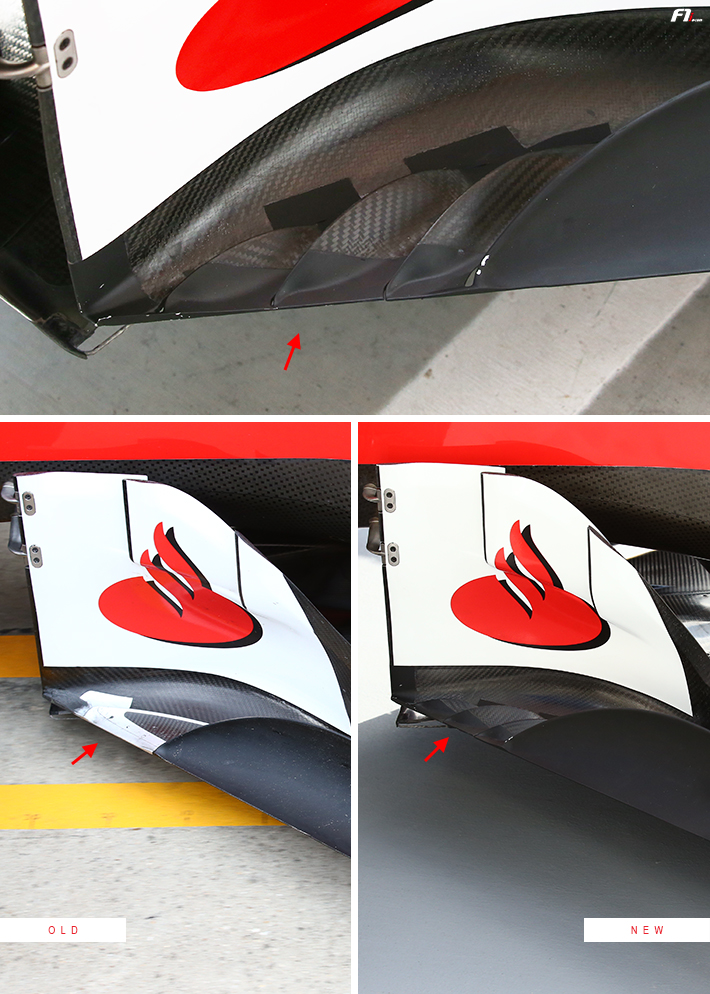 Still on the Ferrari SF70H, the leading edge of the bargeboards received several dents in another example of the aero philosophy of segmentation pioneered by Mercedes and whereby teams seek to control airflows tightly by multiplying the number of cuts and elements. The area behind the bargeboard was also given a revamp.