With the Hungarian Grand Prix and subsequent two-day test taking place right before F1’s mandatory factory shutdown, it came as little surprise to see teams introduce many developments to their 2017-spec chargers in Budapest. F1i’s Nicolas Carpentiers casts his expert eye on these evolutions in his latest technical feature.

FERRARI STEERING BACK ON THE RIGHT TRACK DESPITE HANDLING ISSUES

Sebastian Vettel returned to winning ways at the Hungaroring despite suffering from handling issues on his SF70H, starting from the very moment he brought the car on to the grid. Although the problem got worse as the laps ticked off, the German held on to secure a crucial victory in the title race.

As mandated by the technical regulations, steering movements are transferred to the wheels by a physical mechanism, while “power steering systems are allowed, but these must not be electronically controlled or powered” (Art. 10.4.2). The steering rack, shown above, is hydraulically assisted through a valve system. 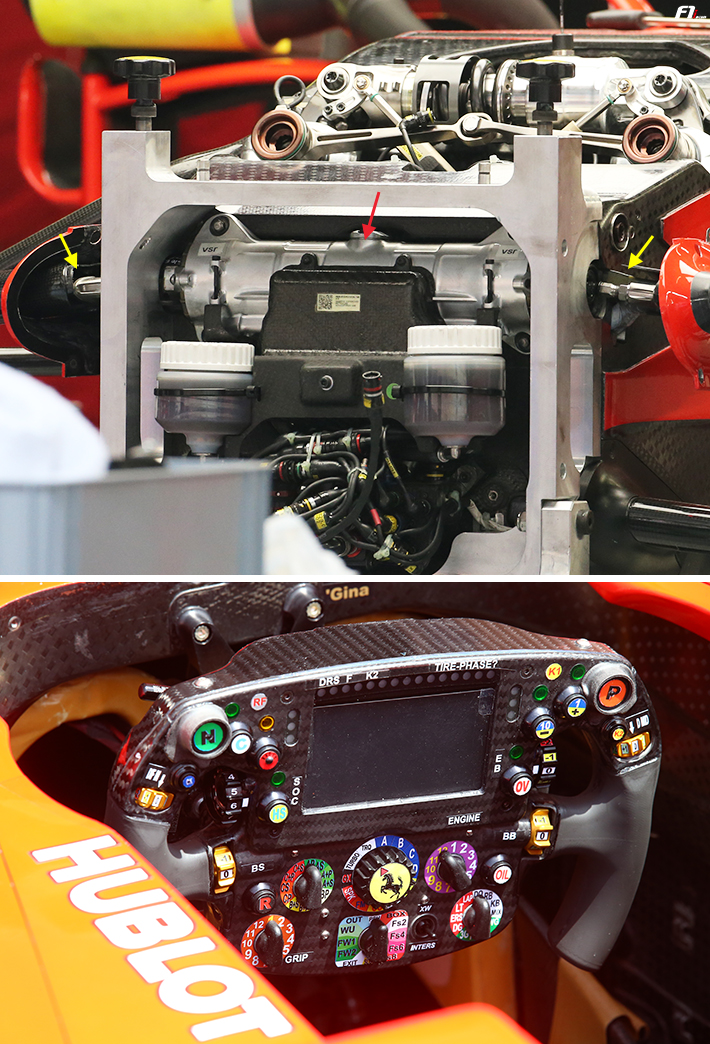 The Scuderia unleashed a flurry of novelties in Budapest, including new rear wing endplates whose upper area featured six slots against four previously. These openings are here to balance the pressure differential between the two sides of the panel in a bid to curb drag.

The lower endplate has gained a fifth strake. These create curved winglets that help guide the airflow to the outside, which in turn contributes towards expanding the airflow coming out of the diffuser. 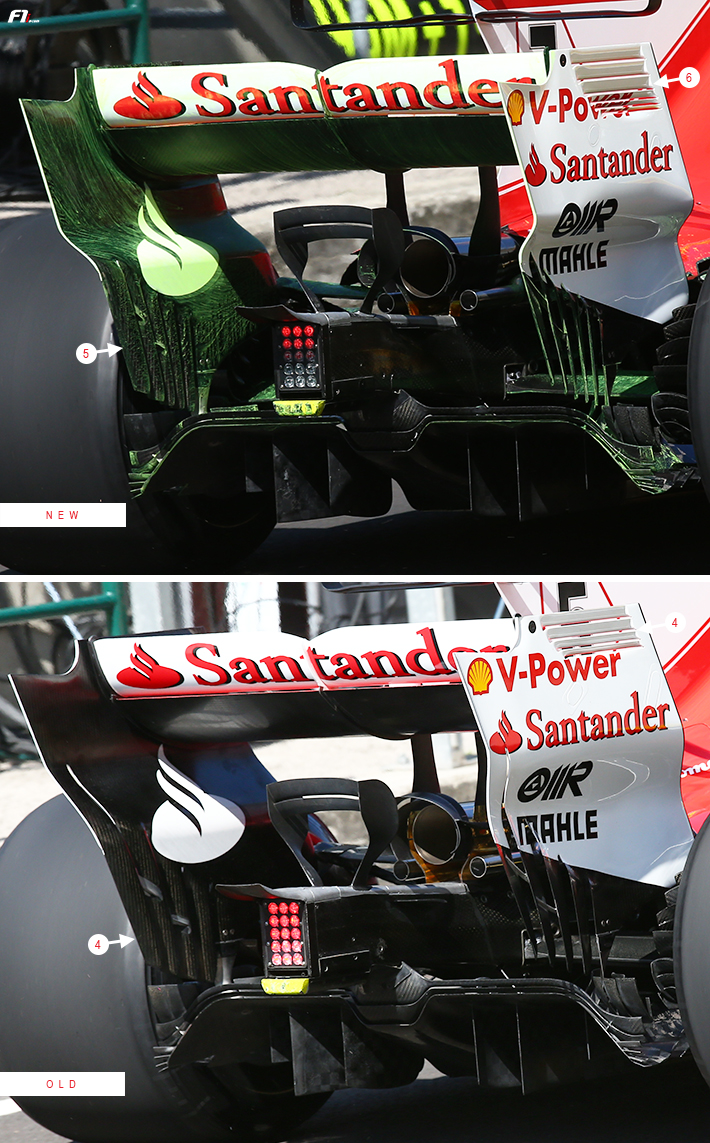 DROP IT ON THE SLOTTED FLOOR

There were also more slots on the SF70H’s floor, in the area located just ahead of the rear wheels, which aims at fending off the tyre squirt phenomenon, i.e. turbulent air disrupting the diffuser.