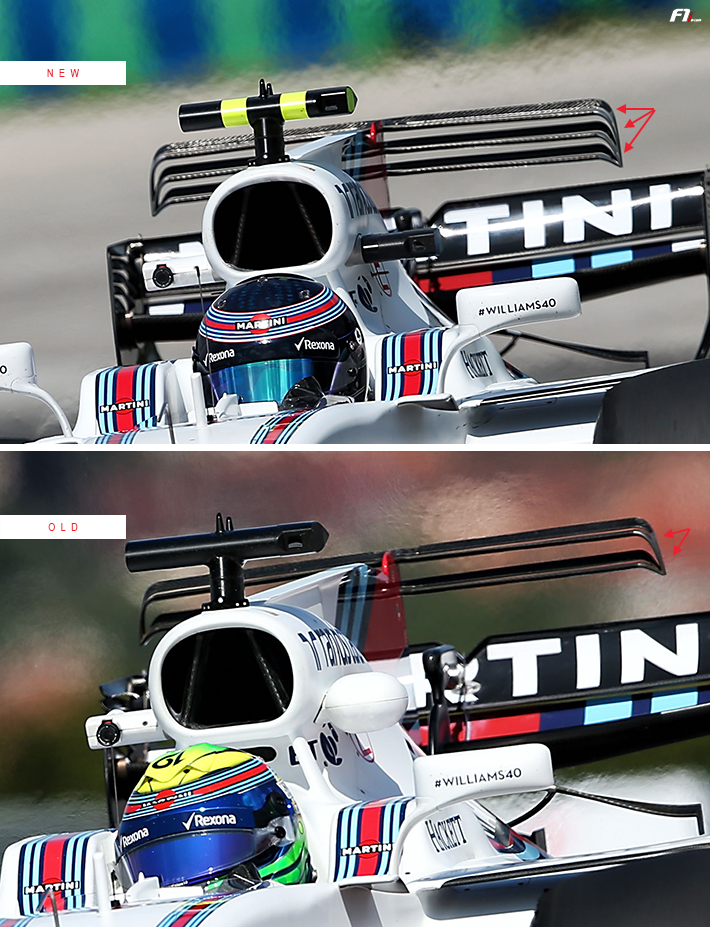 TRIPLE WHAMMY FOR WILLIAMS AS WELL

Williams went down the same path as McLaren, Renault, and Force India in running a three-plane T-wing, a design first seen on the R.S.17 and VJM10 in Monaco. 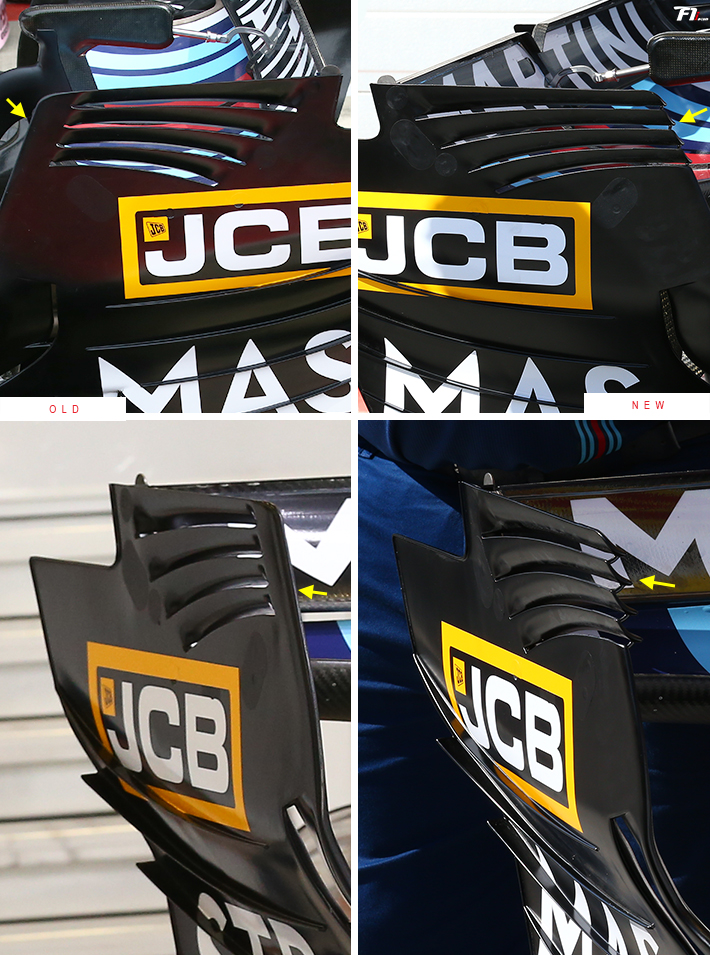 The Williams FW40 also had open-end slits in its upper rear wing endplates, instead of the conventional closed-off incisions. Pioneered by Toro Rosso in 2016, the design has been adopted by almost all teams this year and they use it depending on the circuit (only Ferrari, McLaren and Haas don't use open-end slits).

As a reminder, upper rear wing endplate slits allow the high-pressure air through and towards the low-pressure area on the inner side of the endplate. A lower pressure differential means a weaker wing-tip vortex, which in turn reduces drag. As soon as the air hits the endplates, it is vented through and out the other side so one can surmise that having open-end slits instead of closed-off ones further decreases the pressure differential.