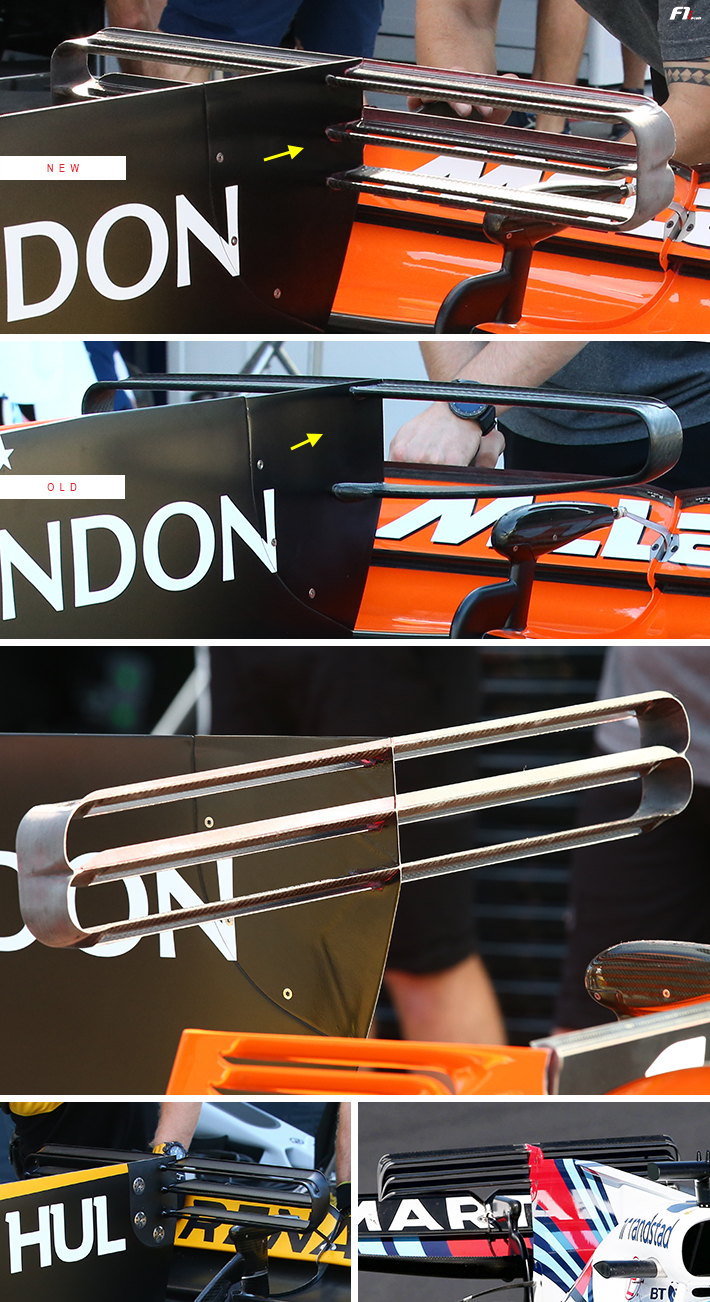 McLaren mounted a three-plane T-wing in Budapest, which increased downforce all the while stiffening the shark fin on the engine cover thanks to the trio of fastening points. Williams proceeded likewise, while Renault adjusted its own three-plane setup. It did not come as a surprise to see refined T-wing installations as the device creates aerodynamic load (without generating too much drag), which is key around the tight and twisty Hungaroring.

In the same vein, McLaren, which scored its first double points finish of the year, gave its monkey seat a revamp for the Budapest event. 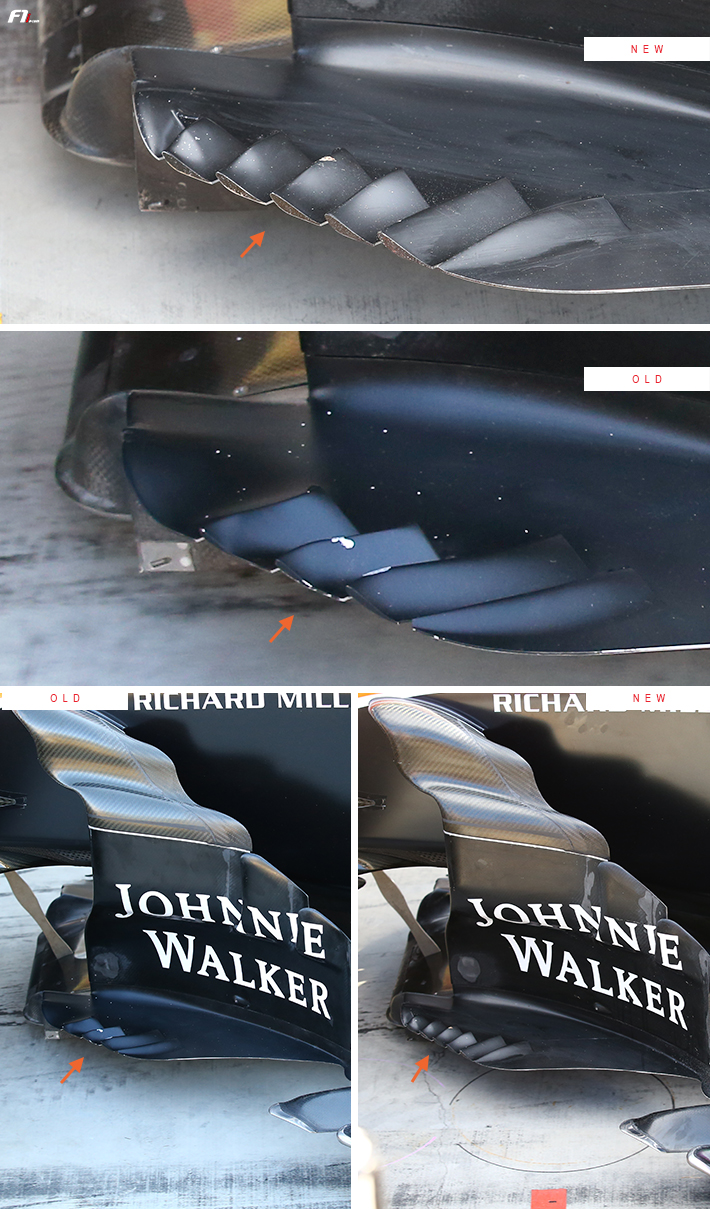 The Honda-powered MCL32 was also fitted with new bargeboards that were more serrated than the previous specs.