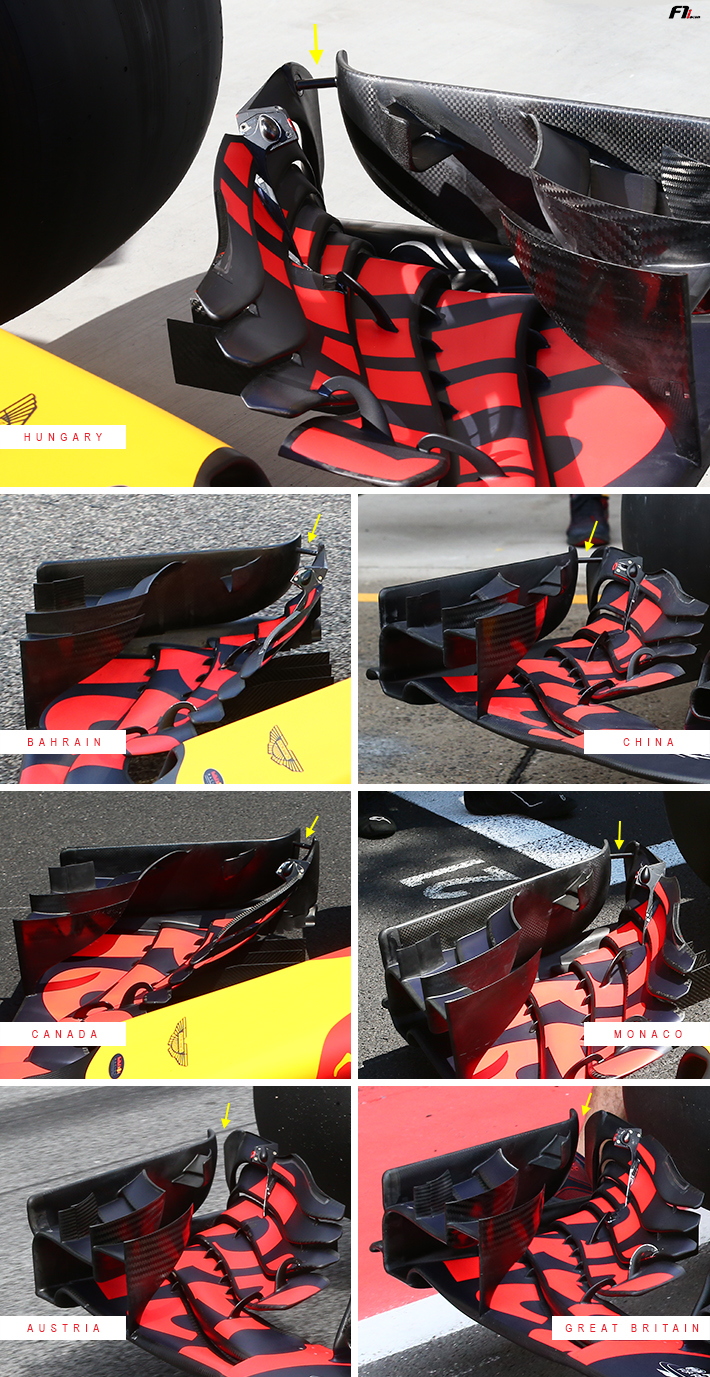 At the Hungaroring, the Red Bull front wing once again featured a small attachment aimed at rigidifying the assembly. The part has been used since the start of the season, though the Milton Keynes outfit has sometimes taken it off depending on the circuit (see yellow arrows). Therefore, it could be premature to claim that the element was added after the FIA asked Red Bull to modify its front wing to prevent it from flexing.

The RB13 continues to be a constant work in progress, as highlighted by the new rearview mirrors, revised sidepods (yellow arrows) and extra vanes (red arrows) introduced in Hungary.