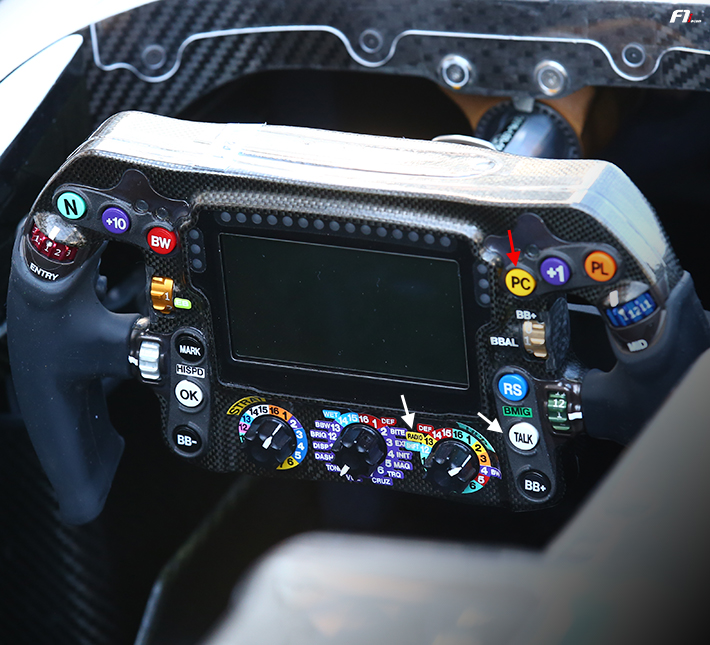 Mercedes experienced a radio and telemetry data blackout during the race due to a cracked optic cable, which left the team and their drivers “blind” at times. Lewis Hamilton was the most hindered, as the Briton could hear only some messages, without being able to reply on top of it.

At some point, Hamilton’s race engineer Peter Bonnington was heard telling his driver to press a button to confirm he had copied the latest information. As one can see above, the W08’s steering wheel features several controls related to radio communications. The ‘PC’ button – for ‘Pit Confirm’ – enables the driver to confirm he has received the instruction without having to actually speak over the airwaves.