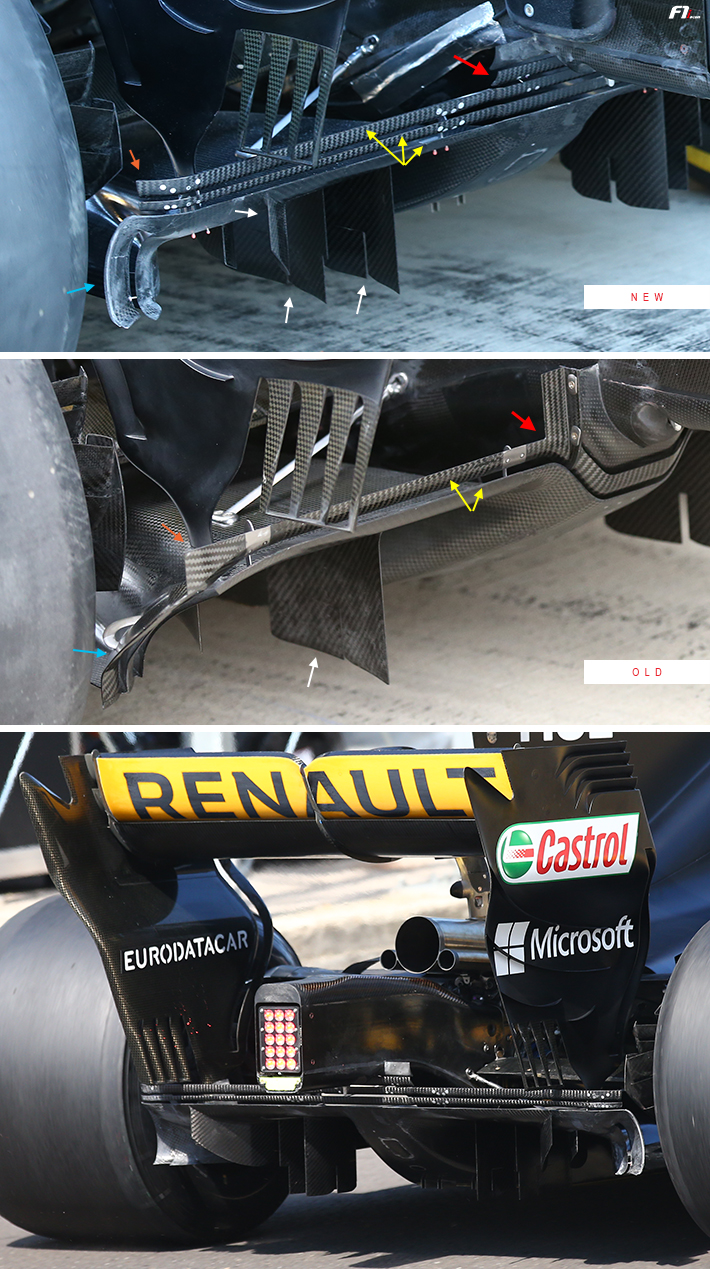 Introduced at Silverstone, the new floor of the Renault R.S.17 had not been seen in its full glory until last weekend gave F1 photographers the opportunity to snap the pictures above, which also reveal a modified diffuser. 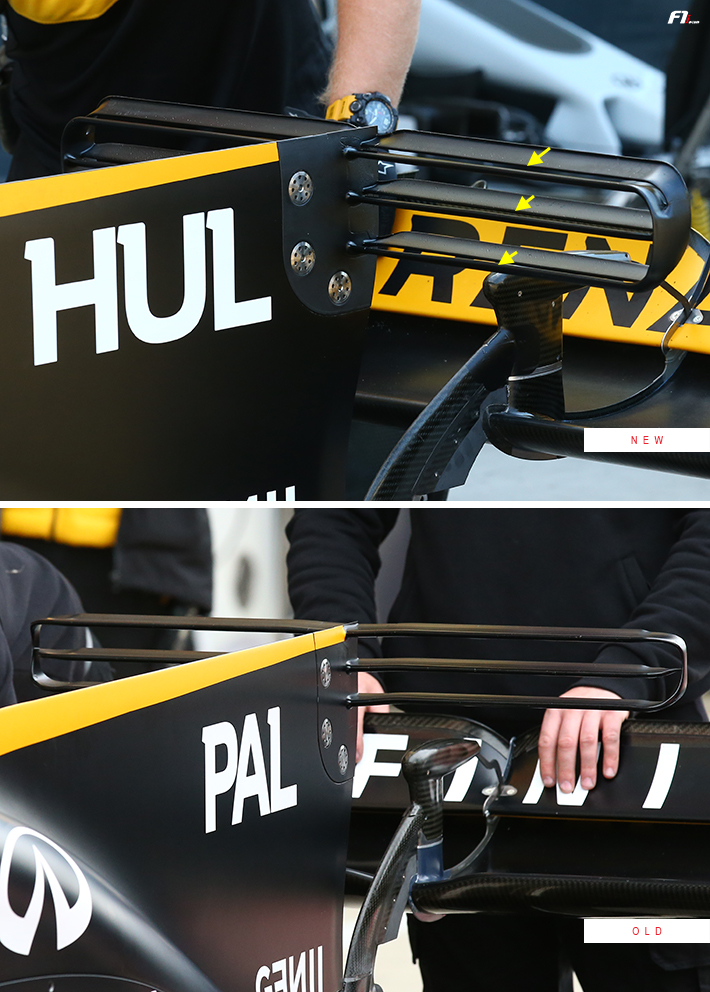 Renault also tweaked the three-plane T-wing it had first run in Monaco, with each plane sporting a serrated edge. It is worth noting that the front wing cascade and endplate were also given a revamp on the R.S.17.