Toro Rosso driver Daniil Kvyat is still trying to get his bearings after a weekend that was undoubtedly one of the most 'surreal' of his life.

Kvyat finished on the podium for the German Grand Prix just hours after his partner gave birth to their first child together.

Unsurprisingly, the young Russian was still looking somewhat shell-shocked as he made his way to Budapest for the next round of the 2019 season.

"The last race in Germany was an incredible experience after stepping onto the podium again after three years," he said.

"It was special because we didn’t have an easy weekend before the race, we didn’t qualify well so it looked like it was going to be a difficult Sunday.

"However, I think I drove a great race in the changing conditions and made good strategy calls along with the team," he added.

"To be on the podium the same weekend my daughter was born is a surreal feeling!"

Kvyat will be able to spend some welcome time with his family after the next race, with the Hungarian Grand Prix heralding a three week summer hiatus for everyone working in Formula 1.

"After this race, we have the summer break and it will be nice to get some rest and recharge my batteries," he noted. "But I know that after a week, I’ll be keen to go racing again."

It would be even better if he could go into the break with another strong result, or even back-to-back podiums. An it's not out of the question as the 25-year-old has form here. 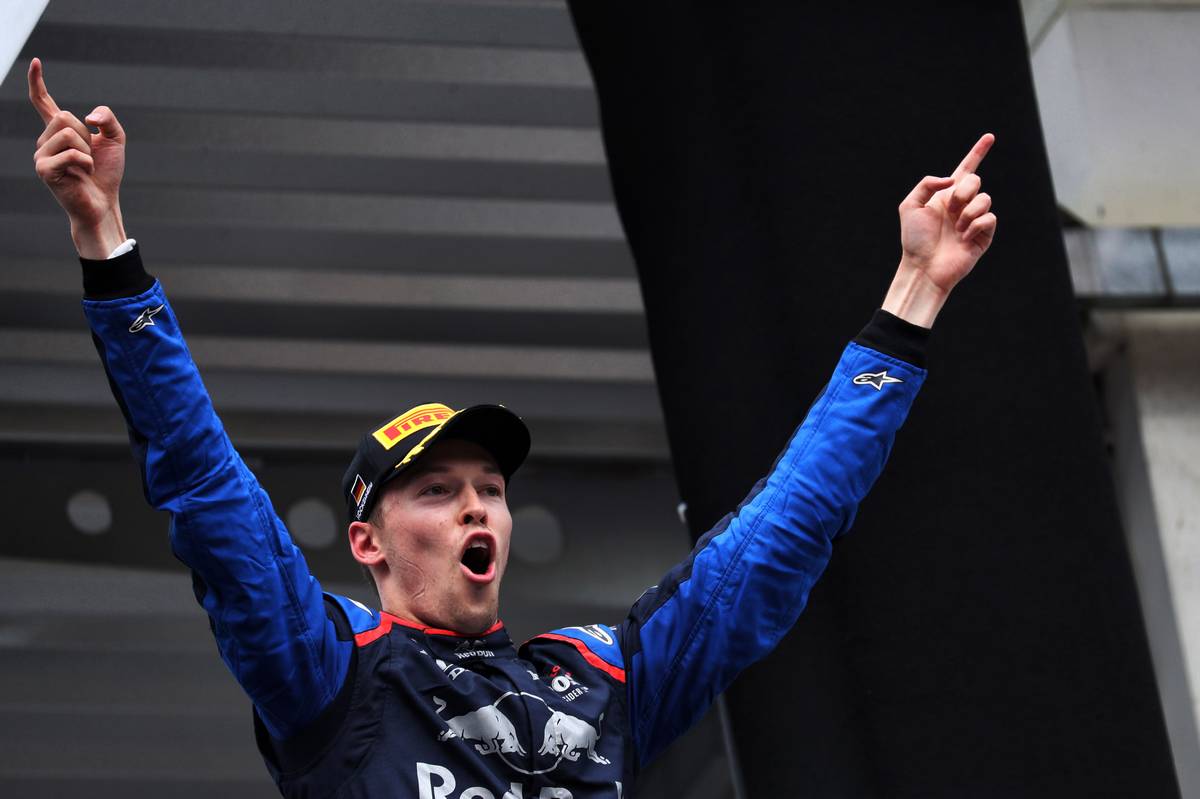 "The Hungaroring is where I got my best-ever result in Formula 1 when I finished second in 2015 - but that seems a long time ago now.

"In the past, this has been a good track for Toro Rosso, so the key will be finding a good balance and hopefully it will be a successful weekend for us again this year.

"Although the track is nice to drive, it can be tricky during the race if you get stuck behind slower cars as it’s very difficult to overtake and you might have to try a change of strategy.

"Therefore, you want to have a very good Saturday and then control things on Sunday - but things rarely go to plan, so you must be prepared to be flexible!"

Steiner warns F1 against rushing into change in 2021