Pirelli has announced the tyre choices made by each team for the upcoming Russian Grand Prix, with a lot of variation up and down the field.

As part of new regulations, teams can now pick from three different tyre compounds, with an allocation of 13 sets per driver.

Pirelli has now announced the full choices for each driver in Russia. While all teams have picked the same allocation for their two drivers, there is a lot of variation up and down the field.

Red Bull and Haas drivers are likely to go for an aggressive strategy with 10 sets of supersofts apiece, while Ferrari and Manor pilots only get six. Mercedes has gone for a middle-of-the-road option with eight red-marked sets for championship leader Nico Rosberg and title rival Lewis Hamilton.

Nearly all drivers will only receive one set of medium tyres, with team-mates Pascal Wehrlein and Rio Haryanto the only exceptions with two sets of the white-walled rubber.

The full list of tyre choices by each driver is below: 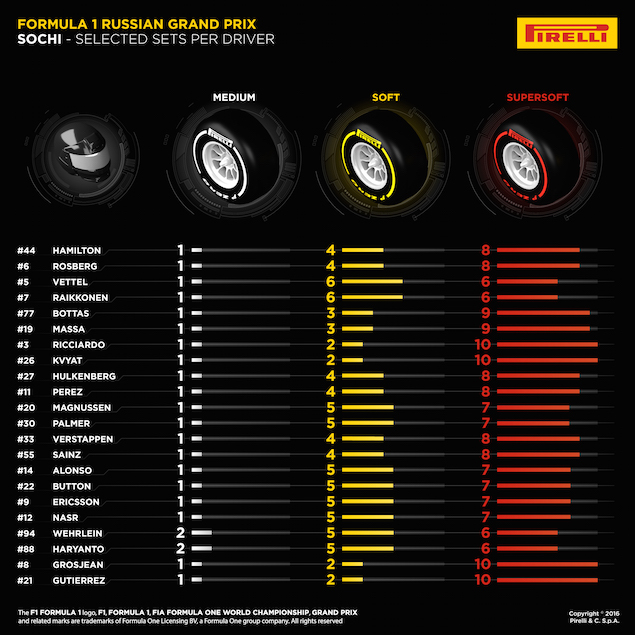