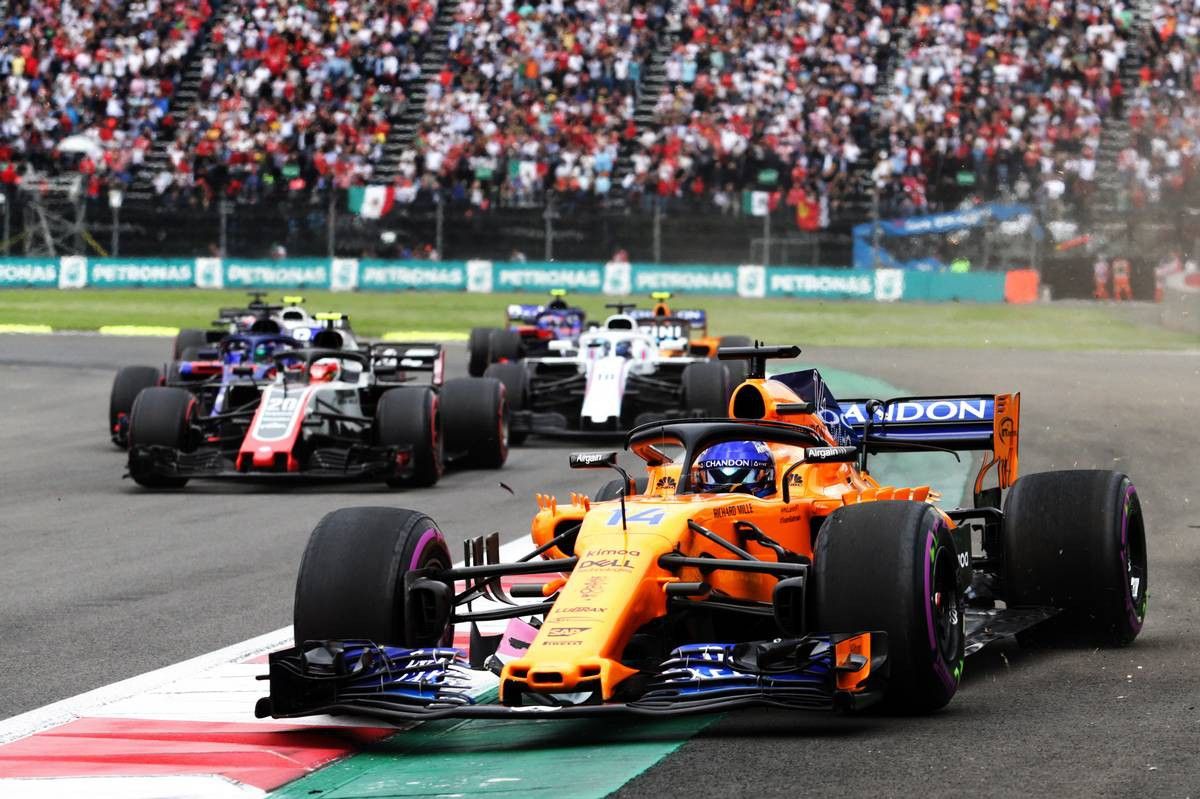 Fernando Alonso (retired): No Score
P12 on the grid was mega even though, like the other Renault powered entries, the McLaren was less handicapped in the thin Mexico City air. However, Fernando - who received a hero’s send off by the massive crowd - wasn’t satisfied, even ashamed of his lap. Seeing where his team mate started and finished, a points result was easily within reach. But contact between Sainz and Ocon sent a piece of the Force India front wing into his radiator, which led to overheating and to his second first lap retirement in a week. This was not what the two-time world champ had planned for his North American F1 Swan Song.