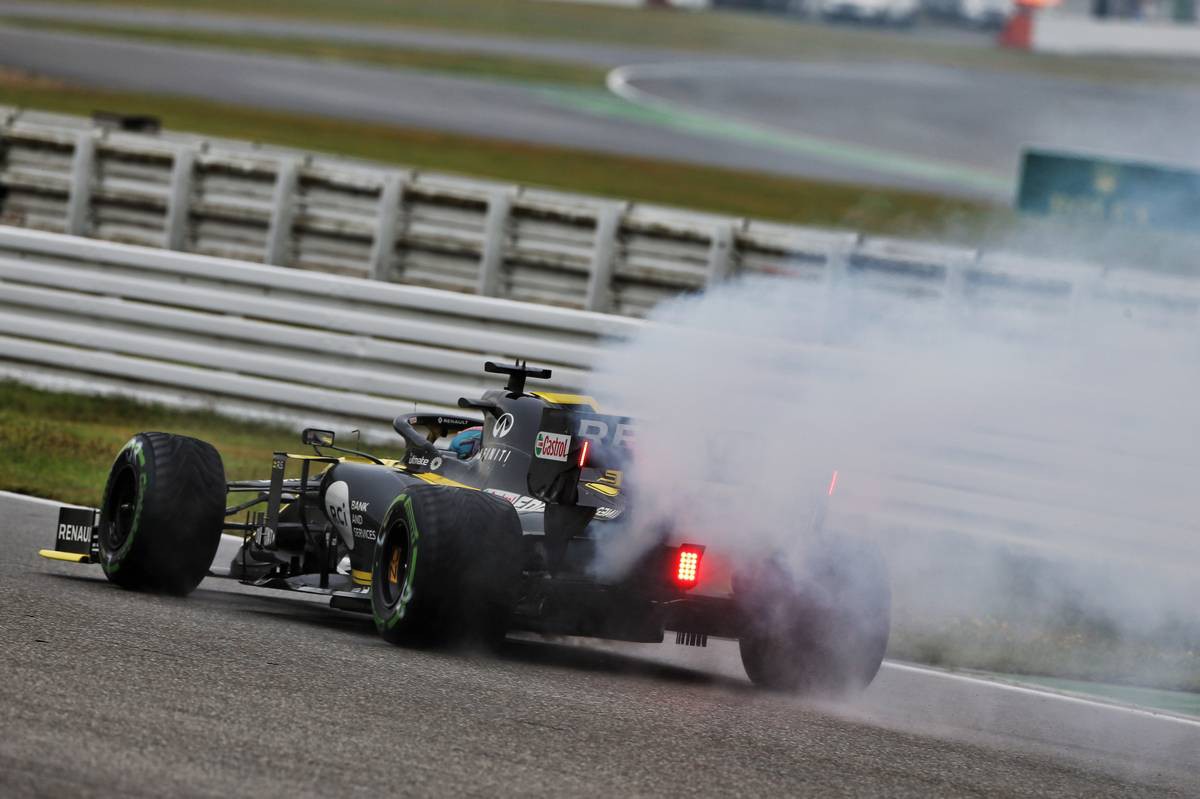 Daniel Ricciardo (Retired, Lap 13): 5.5/10
Hockenheim looked like a step back for Daniel Ricciardo, who really struggled to make an impression on the weekend. Tenth fastest in FP1, he dropped behind Nico Hulkenberg on Friday afternoon and was a disturbing 18th in final practice. He was able to get through Q1 but then unlike his team mate he failed to make the cut at the end of the second round of qualifying, which meant he started from an awkward 13th place. An early switch to intermediates under a safety car dropped him to 17th, but after that he began to diligently work his way forward as others made their own pit stops. How far he'd have got we'll never know, because after 13 laps the R.S.19 sent up urgent smoke signals signifying an exhaust failure, and Ricciardo was forced to pull over and park the car.