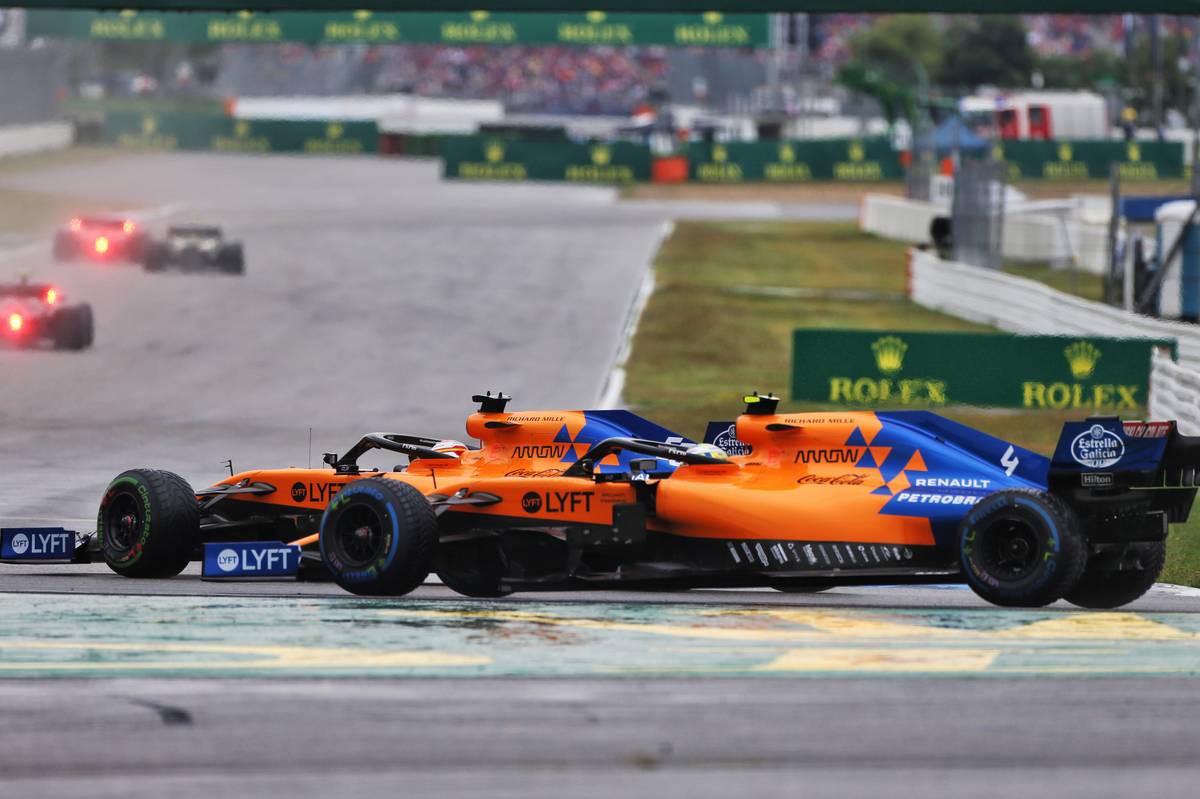 Lando Norris (Retired, Lap 25): 5/10
This has definitely been Lando Norris' worst weekend of his short F1 career to date. He was significantly off the pace of his McLaren team mate Carlos Sainz on Friday, and that unusual slump in form carried through to Saturday and qualifying which saw him eliminated at the end of Q1 for his worst grid position of the year. Norris felt he'd let the team down with his performance, but perhaps a more accurate explanation lay in the team's decision to replace a series of engine components overnight before the race itself. Unfortunately that didn't stop the MCL34 from failing on lap 26 just after he had made a risky early switch to slicks, the power simply shutting off without warning leaving him coasting to a stop. Whether he would have been able to make any inroads in the order during the second half of the race will remain forever unknown.