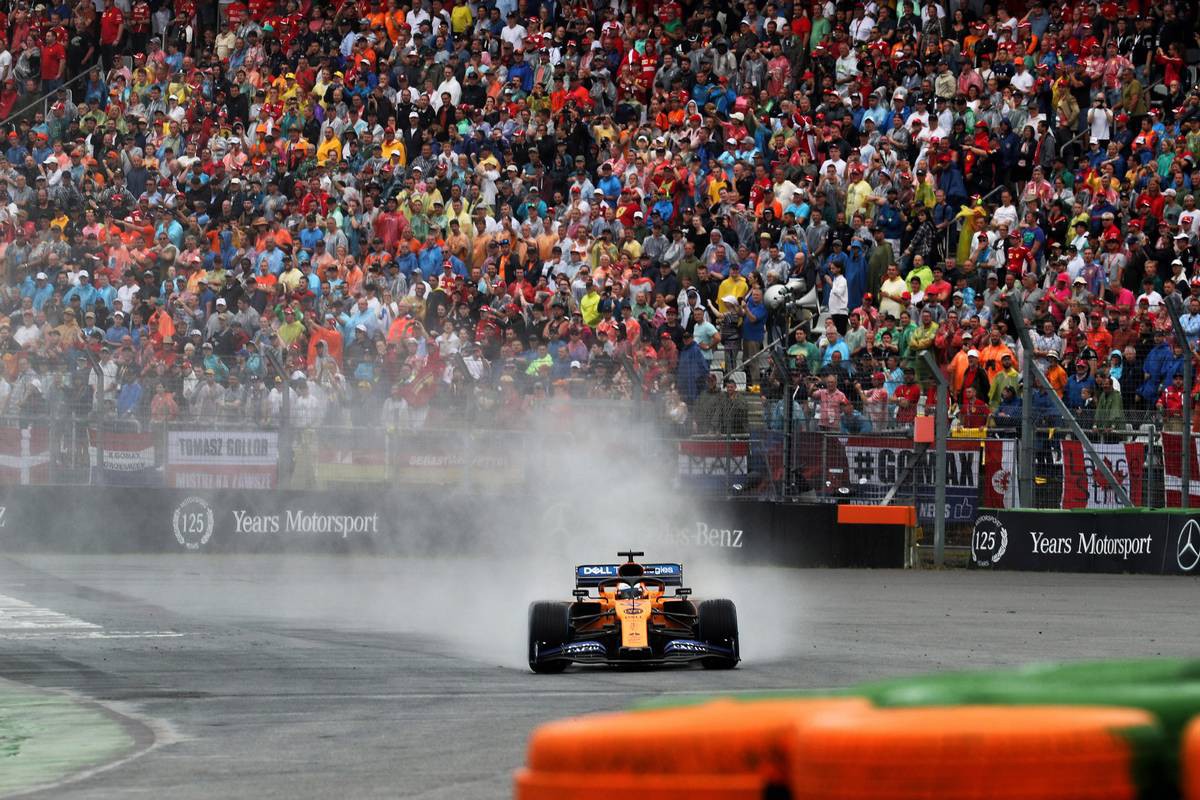 Carlos Sainz (P5, 10 pts): 8.5/10
It hadn't looked like it was going to be a good German Grand Prix for McLaren. With his team mate struggling throughout the weekend, Carlos Sainz easily had the upper hand over Lando Norris throughout practice and duly delivered when it came to qualifying, making it through to Q3 and secureing seventh place on the grid. However it looked as though all that solid build-up had been squandered when he ran off the track on lap 17. He was incredibly lucky to be able to extract the MCL34 from the gravel track and resume, albeit now running behind Norris and well outside the points. Sainz kept his head and resisted an early switch to slick tyres, waiting instead until lap 46 before finally taking on a new set of the soft compound for the final stint. "In general we made the right decisions at the right time," he said later, and the heads-up race management combined with solid race craft from Sainz himself manifested a well-deserved fifth place finish at the line.