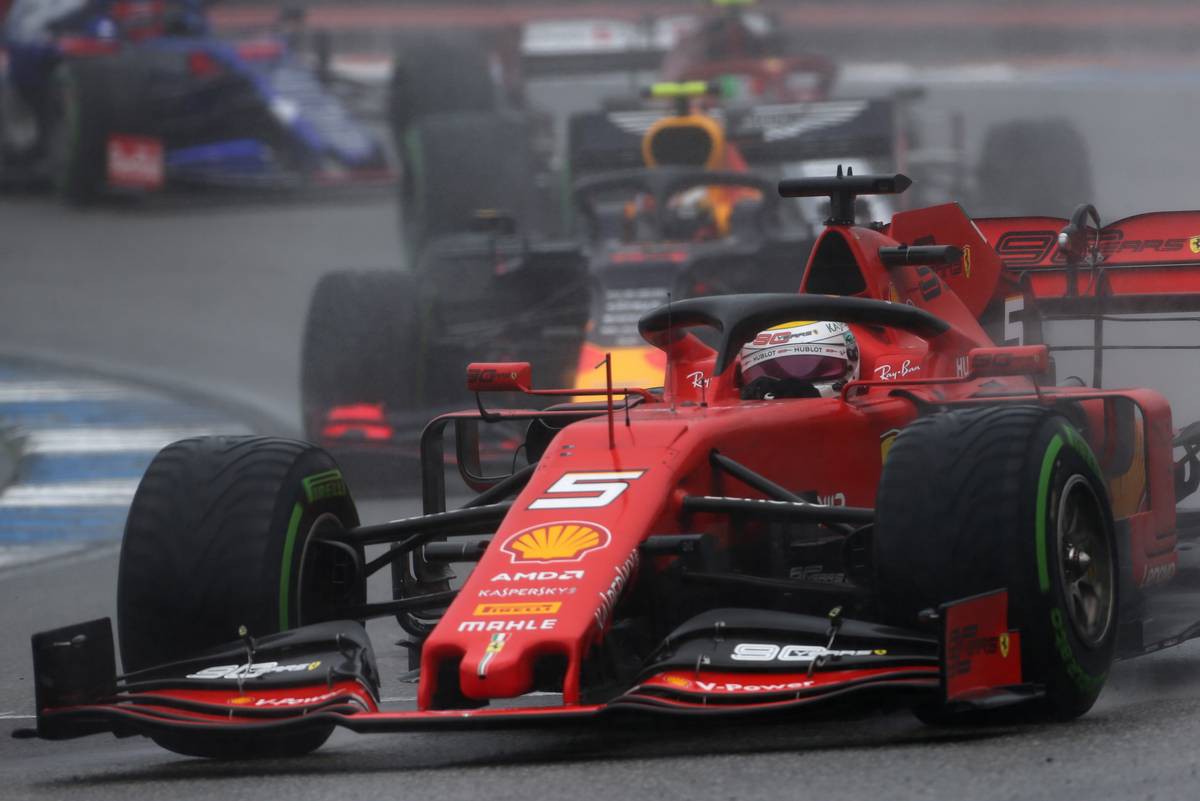 Sebastian Vettel (P2, 18 pts): 9/10
Saturday at Hockenheim had to be one of the lowest points of Sebastian Vettel's 2019 season, when a problem with the SF90's turbocharger left him unable to even take part in qualifying. Starting from the back of the grid at a wet Hockenheim on Sunday must have been a dispiriting prospect, even with the knowledge that impressive recoveries from similar situations have been achieved here in the past. Vettel initially made good progress after taking advantage of an early safety car to switch to intermediates, quickly making it into the top ten after just five laps. But he seemed to max out shortly after that and failed to make any more significant headway - until the final 15 laps. Suddenly he surged through the field, again benefiting from newer tyres to those of his rivals, and he was able to blast past Lance Stroll and Daniil Kvyat in the closing laps to complete a remarkable run to second place. We were going to say he looked 'turbocharged' but maybe that's just too soon after the horror show of Q1. Either way, it really felt like the old Vettel is finally back in business.