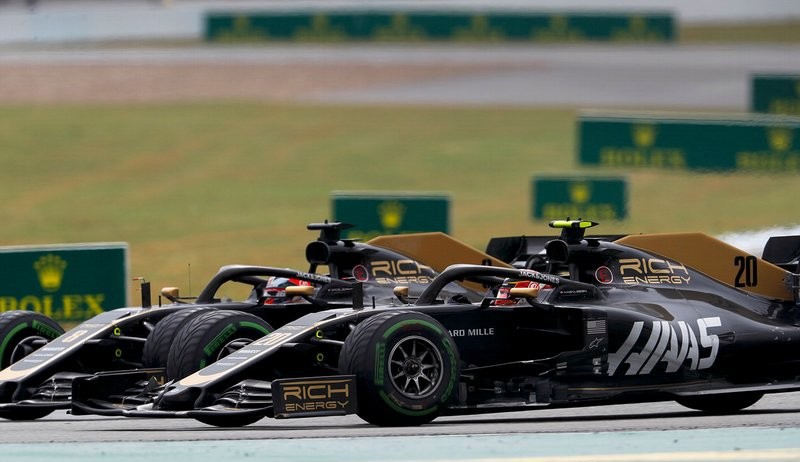 Romain Grosjean (P7, 6 pts): 7.5/10
Another weekend, another ill-tempered on-track clash with his Haas team mate, but at least this week's labours yielded a healthy haul of points for Romain Grosjean. Despite still running older components than Kevin Magnussen, he was comfortably faster than the Dane on Friday, and in qualifying he impressively made it all the way through to the final round to pick up sixth place on the grid for the race itself. Unlike his team mate he was one of the majority of drivers to pit under the first safety car for a switch from wet to intermediate tyres which cost him a bunch of positions, but before long he was back up to 11th place and looking for opportunities to make up more positions as chaos broke out around him with a number of cars flying off the track at the final corner. Grosjean avoided that fate, but ended up making four further pit stops over the course of 20 laps as he switched from inters to soft to inters and back again in the rapidly changing conditions. After that he stabilised in ninth place which became seventh following a team penalty for the Alfa Romeos. However the welcome acquisition of some valuable points was somewhat tempered by the sight of mid-field rivals Toro Rosso celebrating their driver standing on the podium.