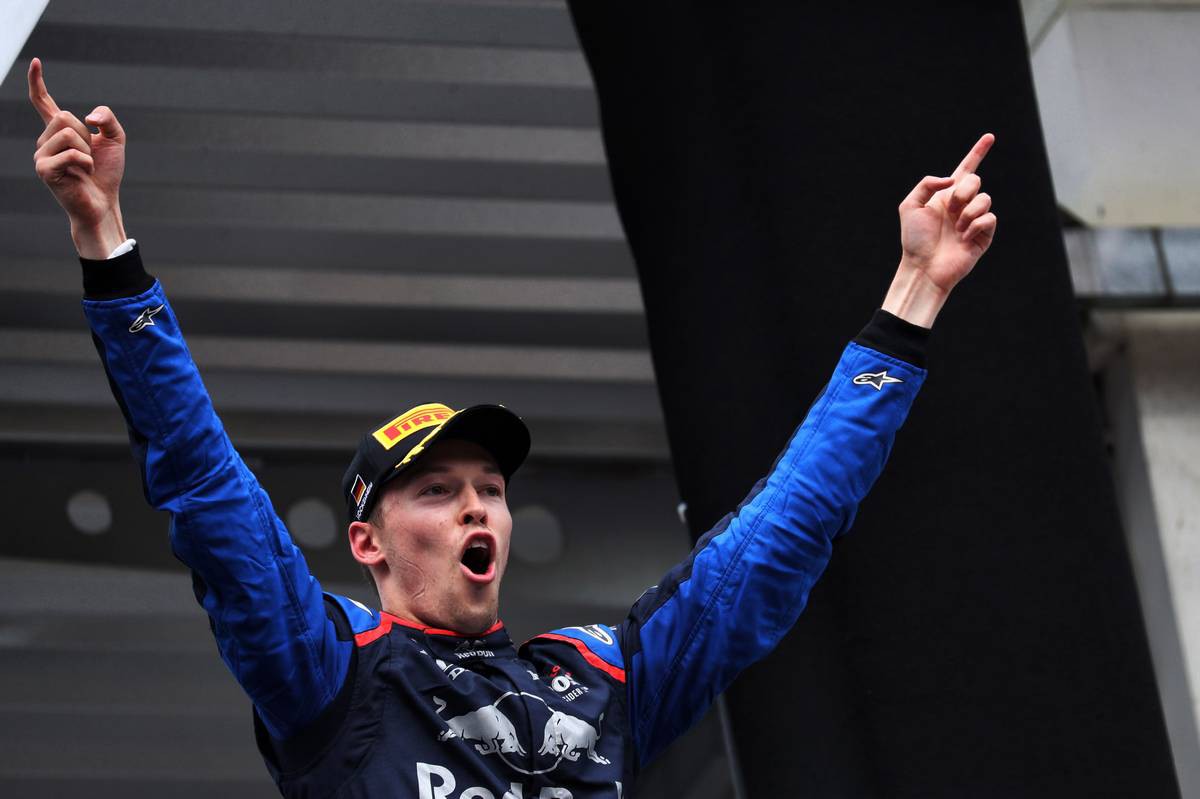 Daniil Kvyat (P3, 15 pts): 8/10
When Toro Rosso recalled Daniil Kvyat to race duty at the start of 2019, most people dismissed the decision as a stop gap until the team found someone better from the ranks of the Red Bull Junior Driver programme. Instead Kvyat has shown increasing signs of his growing maturity and improved driving skills, and he's finished in the points in half of the first ten races of the season to date. But such green shoots of recovery were put in the shade by this weekend's stunning achievement in Hockenheim, which had started in subdued fashion with rather underwhelming performances in practice. Just 17th in FP3, he just about managed to make it through Q1 and claimed 14th place in qualifying. Running at the back after an early pit stop for intermediate tyres, the young Russian then set about making his way up to the outskirts of the top ten by the midway point of the race. What transformed his afternoon was the timing of his final pit stop, switching to the slick soft compound at the perfect moment on lap 45 which propelled him into the top three. From there he made quick work dispatching Lance Stroll, but his hopes of holding on to second were dashed when Sebastian Vettel's Ferrari proved to be impossible to resist. Even so, a podium place was a fantastic outcome for Kvyat, who was also celebrating the birth of his first child overnight in what is surely the most memorable weekend of the 25-year-old's life.