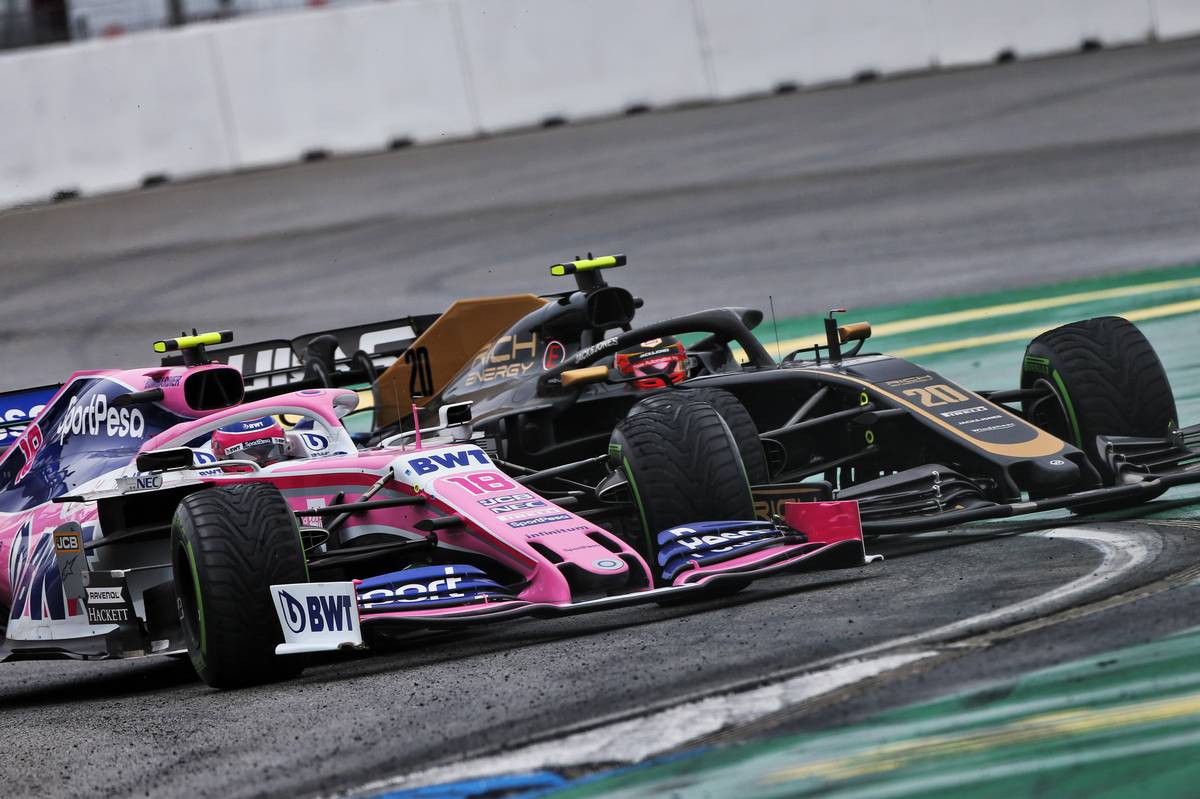 Kevin Magnussen (P8, 4 pts): 6.5/10
Even before the rain arrived on Sunday, Kevin Magnussen and his Haas team mate Romain Grosjean were driving under a cloud this weekend after their self-inflicted mutual retirements at Silverstone. Despite having the newer upgrades on his VF-19, Magnussen once again struggled to match the Frenchman's performance and he was only 18th fastest on Friday afternoon. He was out-performed in qualifying, too, topping out in 12th place on the grid while Grosjean made it through to Q3 and started on the third row. When it came to the race, Magnussen opted to stay out on full wet tyres while the majority of drivers pitted early for inters under a safety car. He was briefly rewarded with second place but was then passed by car after car, forcing him to rethink the tyre strategy and pit four laps later which left him bumping along at the bottom for the next two dozen laps. A first set of slicks helped him pick up some lost ground, and despite making six stops in total - more than anyone except Lewis Hamilton - he was able to get better performance out of the soft compound than most of the others in the mixed conditions, which helped him cross the line in tenth place. Gaining two more spots as a result of Alfa Romeo's team penalty, Magnussen can be satisfied with his day's work - although another on-track clash with Grosjean would doubtless have had team boss Guenther Steiner frowning furiously on the pit wall.