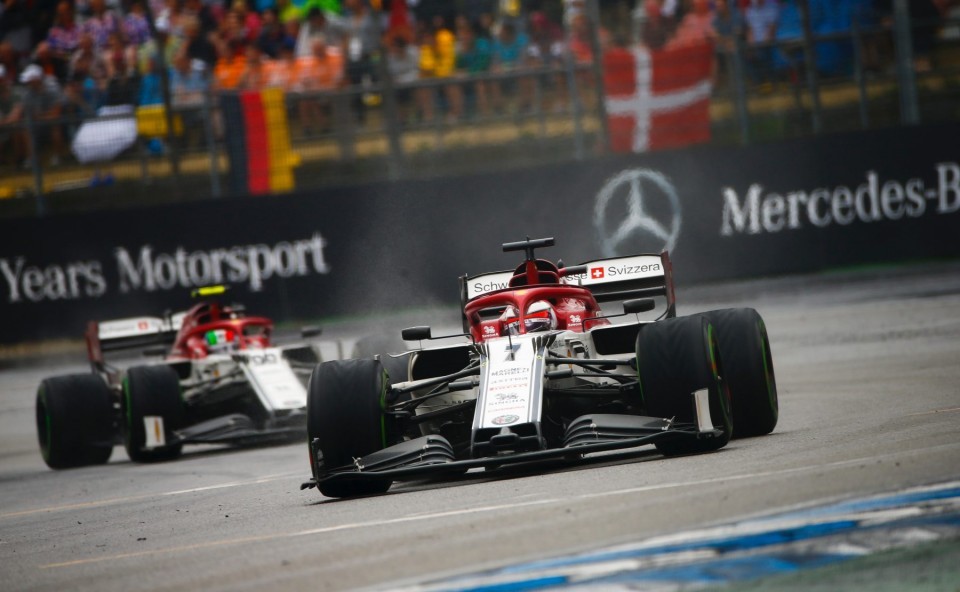 Antonio Giovinazzi (P13): 7/10
It's not really Antonio Giovinazzi's fault that a pre-race mix-up at Alfa Romeo left him and his team mate Kimi Raikkonen technically guilty of using banned 'driver aids' that saw them both demoted from well-earned top ten finishes. The Italian had already had a difficult time in all three practice sessions this weekend, so it had been a surprise to see him bounce back in qualifying and only miss out on making it through to Q3 by one hundredth of a second. One of the drivers to make an early stop for inters on lap 3, he was soon running inside the top ten and remained there for much of the afternoon as chaos reigned (and rained) around him. He picked up a couple of positions at the end with Pierre Gasly's retirement followed by his own pass on Romain Grosjean, and eighth place at the line must have felt a very sweet reward for a hard afternoon's shift. To have that stripped away by the post-race penalty seems very cruel, no matter how undoubtedly justified the stewards were in their ruling.