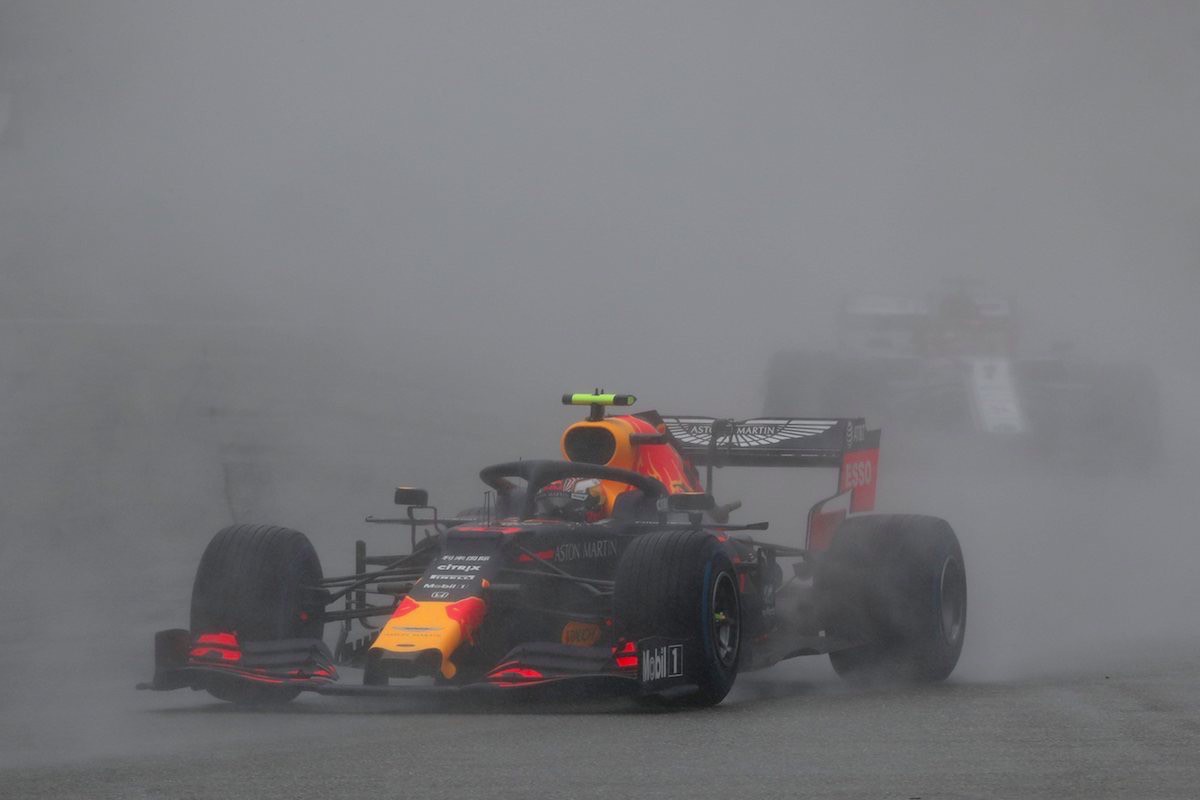 Pierre Gasly (P14, Retired, Lap 61): 5/10
Another driver on the grid with a burning need to prove himself this weekend in order to ensure he keeps his race seat beyond 2019 was Pierre Gasly. A few issues on the RB15 prevented him from getting a proper flying lap in FP2 but otherwise he had a solid time in practice, and in qualifying the absence of both Ferraris enabled him to pick up a second row grid position for the race. So far, so good. Unfortunately he suffered a nightmare start - even worse than that of Max Verstappen - and an early pit stop under a safety car to switch to inters sent him plummeting to the back of the field. He knuckled down and made slow but steady progress so that by the midway point of the race he was finally back in the top ten, but after that it was hard work to improve any further. In the final laps he set his sights on catching and passing Alexander Albon for sixth place, only to misjudge the move and smash his front wing on the back of the Toro Rosso. It's unlikely to have impressed his bosses at Red Bull - especially Dr Helmut Marko.