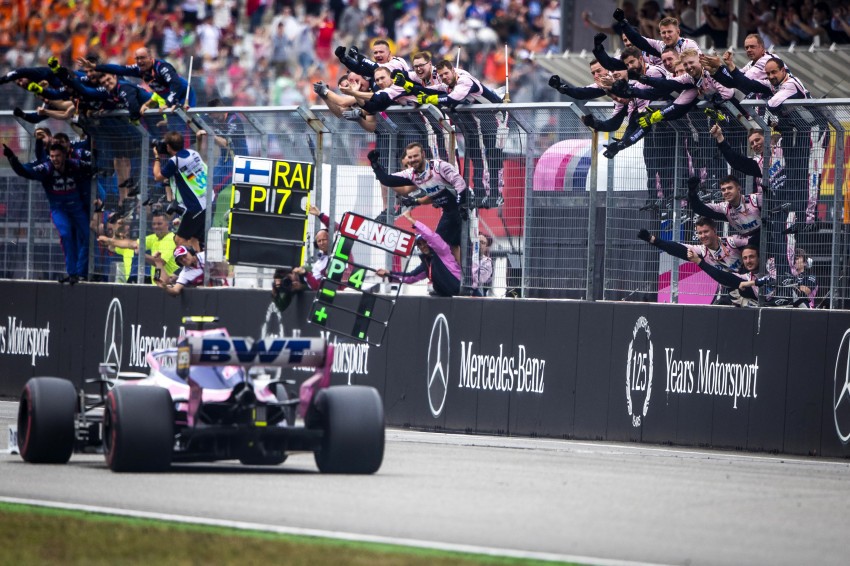 Lance Stroll (P4, 12 pts): 8/10
Lance Stroll started and finished strongly in Hockenheim, although there was quite a dip in between. On Friday, the heat seemed to boost the performance of the Racing Point RP19 and he was in the top ten in both sessions, with a decent advantage over his team mate Sergio Perez. But that performance dropped away in the cooler conditions on Saturday, and he only made it beyond Q1 (for the first time this season) due to Sebastian Vettel being sidelined by technical issues. Starting from 15th place, Stroll was one of the few drivers not to exchange wet tyres for inters during the first safety car period, but this proved a mistake and when he was finally obliged to pit it dropped him to the back of the field and his day appeared done. Instead, it was to be another risky tyre call that transformed his fortunes: an early switch to soft tyres on lap 44 set him up for rapid ascent through the order, and for three laps he found himself running in second place to Max Verstappen. While denied a podium due to late overtaking moves by Sebastian Vettel and Daniil Kvyat, Stroll still managed to bring the car home in fourth place and a much needed boost for the team as a whole.