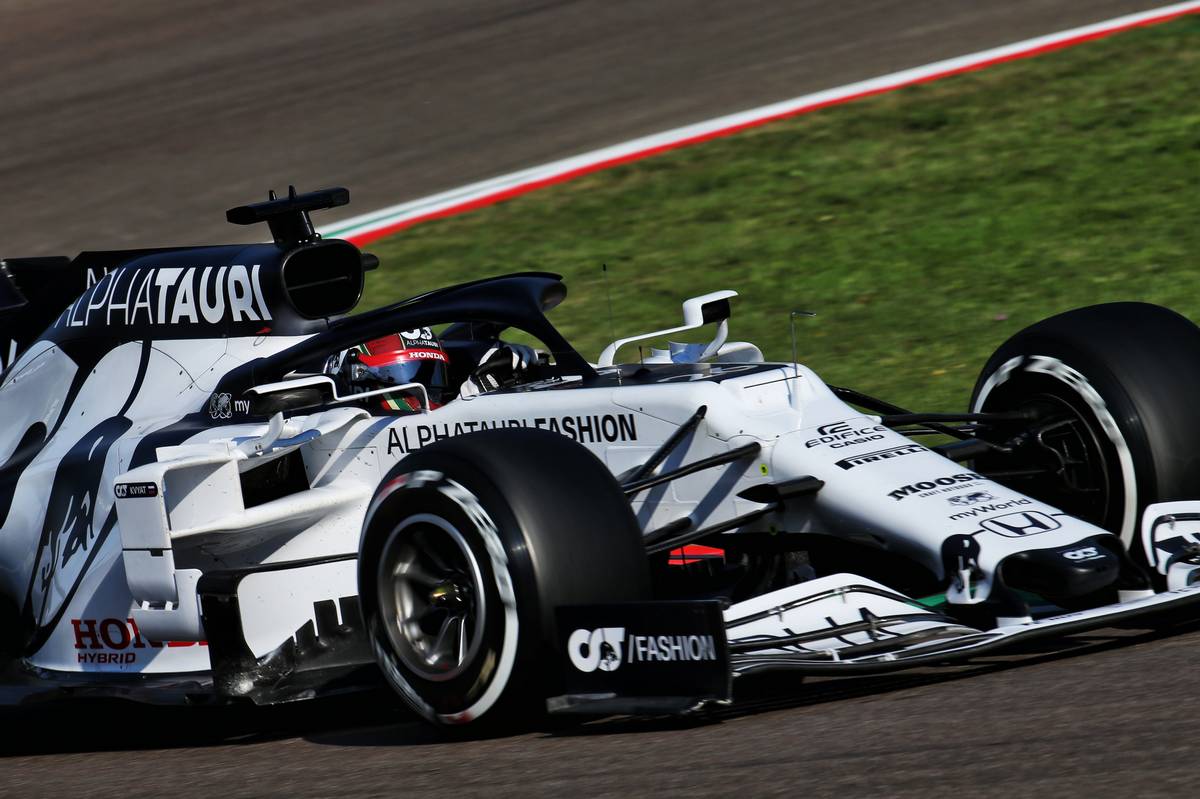 Pierre Gasly
"This one is quite difficult to take. I had a great start and tried to go alongside Lewis, but he decided to close the door quite hard and I had to back off and lost one position to Daniel, but after that, I felt really good in the car and we were running in P5. The guys spotted a drop of water pressure on the laps to the grid before the race, they tried everything to fix it but unfortunately, we had to retire the car after a few laps. It's very sad because there was a big opportunity for us today. The whole weekend went so well, it was the best practice and the best Qualifying we've had and the car felt very strong from the beginning. It's never nice to retire, but it's especially tough here in Imola for our home race, because we knew there was a potential top-five result on the table."

Daniil Kvyat
"It was a very good and fun race, the car felt amazing and I really enjoyed myself out there! The Safety Car restart was very important, and I managed to overtake a few cars on that lap. Unfortunately, Daniel managed to warm up his tyres so even if I pushed very hard until the end to overtake him, I just missed out on the final podium spot. It's a shame but I'm still very satisfied with my driving and happy with the team's job. We recovered small points to Ferrari in the Constructors' Championship, so I hope we can give them a little fight until the end."

Jody Egginton, technical director
"After today's race, we can probably still say we like the two-day GP format! The race certainly came alive in the closing stages, with the safety car allowing us to roll the dice with the strategy and get Daniil onto some fresh tyres for the final laps. This allowed him to attack at the restart, which worked out very well with him making some strong passes and taking him so close to a podium today. On the flip side, unfortunately, we had to retire Pierre's car from the race early on, which meant we were not able to take what would have almost certainly been a very strong points finish today with him. This is sometimes how it goes, and we will now focus on the next race, pushing to take our current strong form into the remaining events of the season."

Franz Tost, team principal
"It was a fantastic feeling to be here in Imola at our home track. We enjoyed yesterday's Qualifying, as it was our most successful one this season so far, finishing P4 with Pierre and P8 with Daniil. Both of them had a good start to the race. Pierre got blocked by Hamilton before the first corner so Ricciardo was able to overtake him, which put Pierre back into fifth. Unfortunately, a radiator failure put a stop to his race. It's a shame as I'm sure he could have achieved a very good result today. As for Daniil, he had a good race today, he spent quite a while in eighth position until we decided to bring him in on lap 14 while he was in sixth, to put him on the Base tyre. From then on, he did very fast lap times and was one of the fastest on track. He was able to control Sainz quite well and he was closing the gap to Albon. On lap 55, the Safety Car was deployed and we decided to bring him in for the Option tyre, which was a fantastic decision from the strategy group because this allowed Daniil to overtake Perez and Albon immediately before the first corner, followed by Leclerc a few corners later. At that stage, Daniil was in P4, but unfortunately, the race finished too early – he would have needed another couple of laps to overtake Ricciardo. Nevertheless, fourth is the best race result for Daniil this year, and the team showed a very good performance in both Qualifying and the race. I think we are well prepared for the remaining races of the season and we're looking forward to going to Istanbul to continue our momentum."