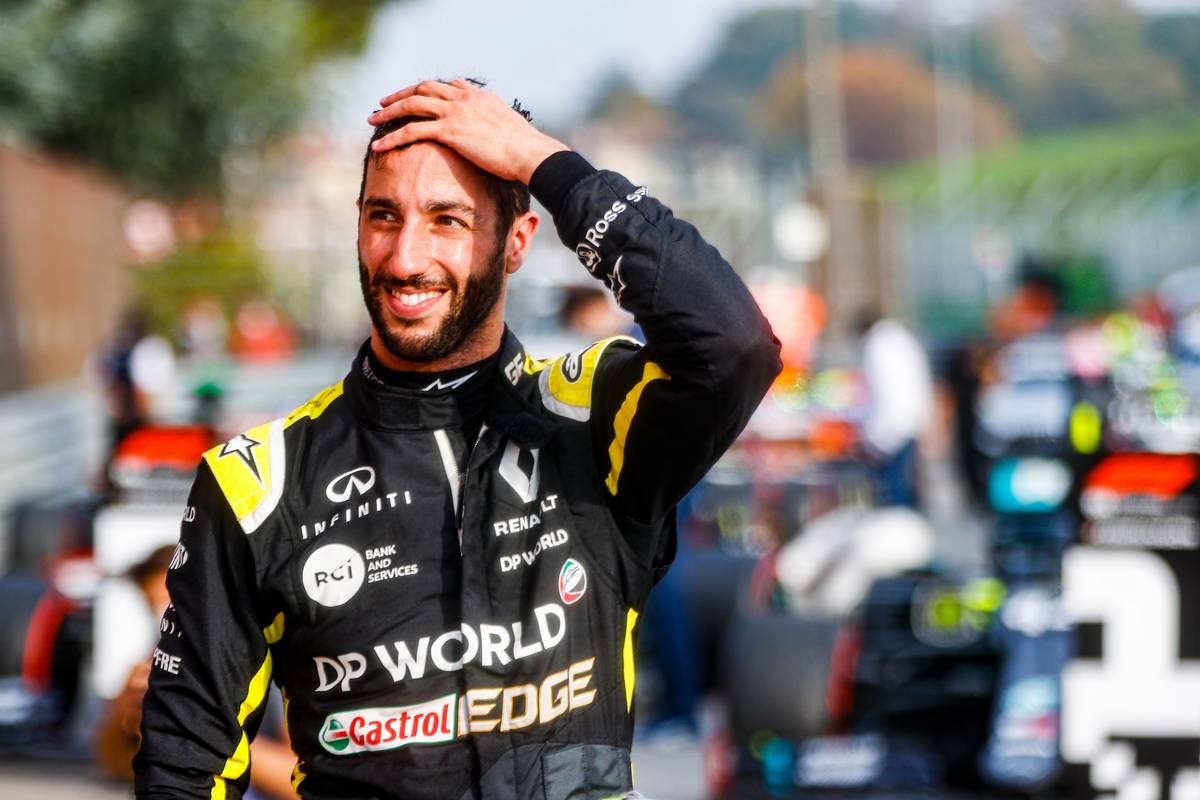 Esteban Ocon
"It was a tough weekend overall, with a succession of bad luck this weekend. We had a few issues this afternoon. We had a tear off in the brake duct, which meant that we pitted early to take it off and then we had a gearbox problem. Nonetheless I'm very happy for the team today for this podium again, well done to Daniel. This is very positive for the team, we are coming strong and it bodes well for the rest of the season and months to come. We are third in the championship now; we knew this is what we are fighting for so it's good to be ending the weekend like this."

Daniel Ricciardo
"Two podiums in three races! I'm very happy and I didn't forget to do the 'shoey' this time around! We were pretty settled in fifth but then Max triggered the safety car. It was the right thing to stay out, especially after Perez pitted. It is pretty difficult to overtake here and it was worth the risk today: it paid off. It's a shame about Esteban as the car was strong today. The result here means we get into third in the Championship, which is what the team is aiming for. I'm super happy to come away from Imola with a great podium: big thanks for everyone at the team. No second tattoo this time round though, I think Cyril's suffered enough!"

Cyril Abiteboul, managing director
"I'd like to start by apologising to Esteban as it was another retirement due to a technical issue. He was not far off yesterday and had a decent start to be in the mix despite the early stop to remove the tear off from his ducts. He then suffered from an issue that caused some trouble with his gearbox and he had to retire. It's a shame as Daniel has shown that when the car is working there is pace and competitiveness. Once again, the race went our way: it looked like we were up for P5 as Perez could benefit from his start on medium tyres and we were going to settle for that, but Verstappen's retirement opened things up.

"Our strategy team made the bold decision not to stop again, assuming that we had enough life and pace to contain the threat from behind. It was very brave, but it paid off thanks to a fantastic drive from Daniel. With his engineers he managed to keep the exact tyre temperature required during the long safety car and then managed an amazing last few laps to get to the end and give us another podium. We are now third in the Championship and need to own it and focus on the weekends that will come very quickly. Finally, I would also like to offer my congratulations to Mercedes on their seventh World Championship; it's a phenomenal achievement, one that will continue to inspire us for all the work still ahead."