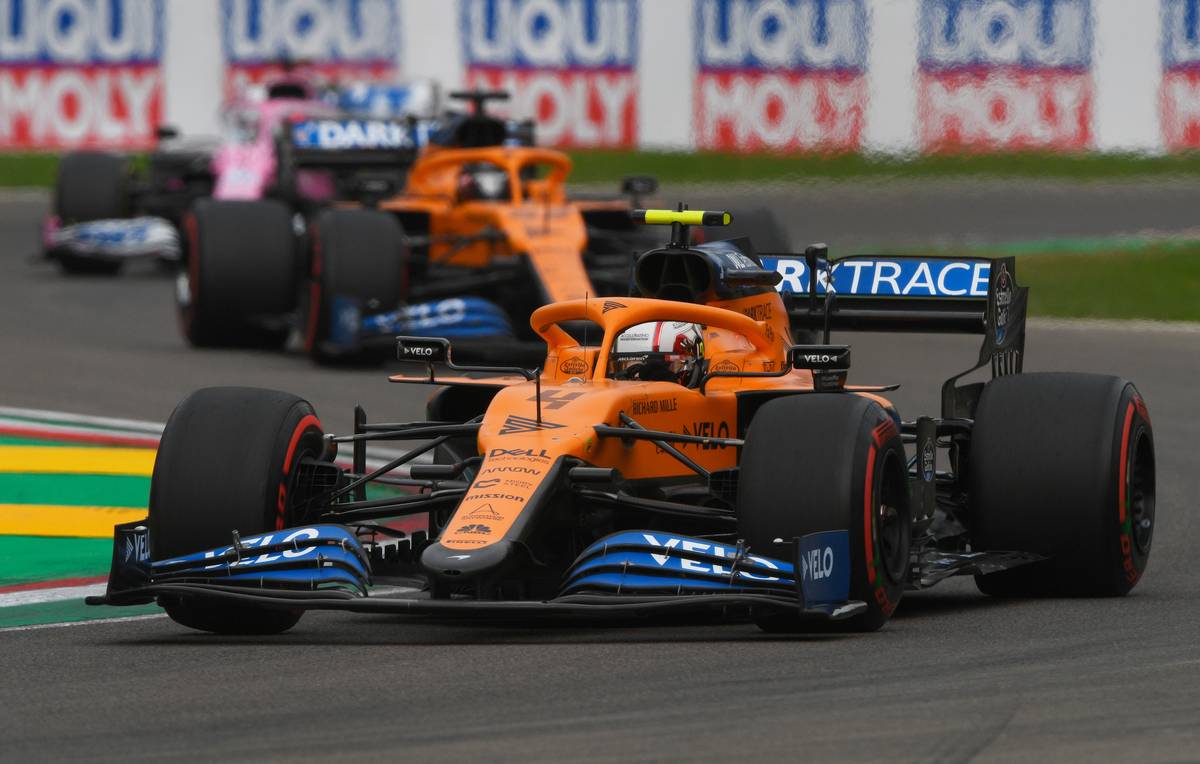 Lando Norris
"There wasn't a lot we could do today. We couldn't overtake, but neither could a lot of the field, even after the Safety Car. We just didn't have a big enough pace advantage to pass the cars in front. Even if you're three or four tenths quicker, you just get stuck behind. They only have to defend into Turn One and then they're safe for the rest of the lap. It became a race of trying to defend our position.

"Saying that, I don't think we should be too disappointed. We still have a lot of pace, we've just been unlucky recently. We need to make sure it goes our way in the final few races and that's what we'll try and do."

Carlos Sainz
"It's been a decent and well-executed race for the team. We moved up three positions, the boys did good pit-stops, we stayed out of trouble and pace-wise I felt like we were a bit faster than the cars ahead. However, overtaking was extremely difficult and I couldn't move up the order as much as I obviously wanted.

"I had a big moment at the restart when Albon spun right in front me. I had to stamp on the brakes and then defend from the cars behind. I managed to save it and bring the car home seventh. With both cars in the top ten, we scored good points to keep in the fight for the championship, but we need to keep improving because it keeps getting tighter and tighter."

Andreas Seidl, team principal
"This was a challenging afternoon for us – but a big thank you to the entire team and the drivers for fighting hard, getting both cars home in the points and delivering 10 vital points in our Constructors' Championship battle.

"Our race was compromised by our qualifying positions, which caused us to be stuck in traffic for the entire race today. Before heading to Turkey, we'll go home and spend the next 10 days looking at every detail of how we can extract more pace from the car – particularly on Saturday. Congratulations to Mercedes for a seventh consecutive Constructors' title. They are the benchmark the rest of F1 must strive to emulate."