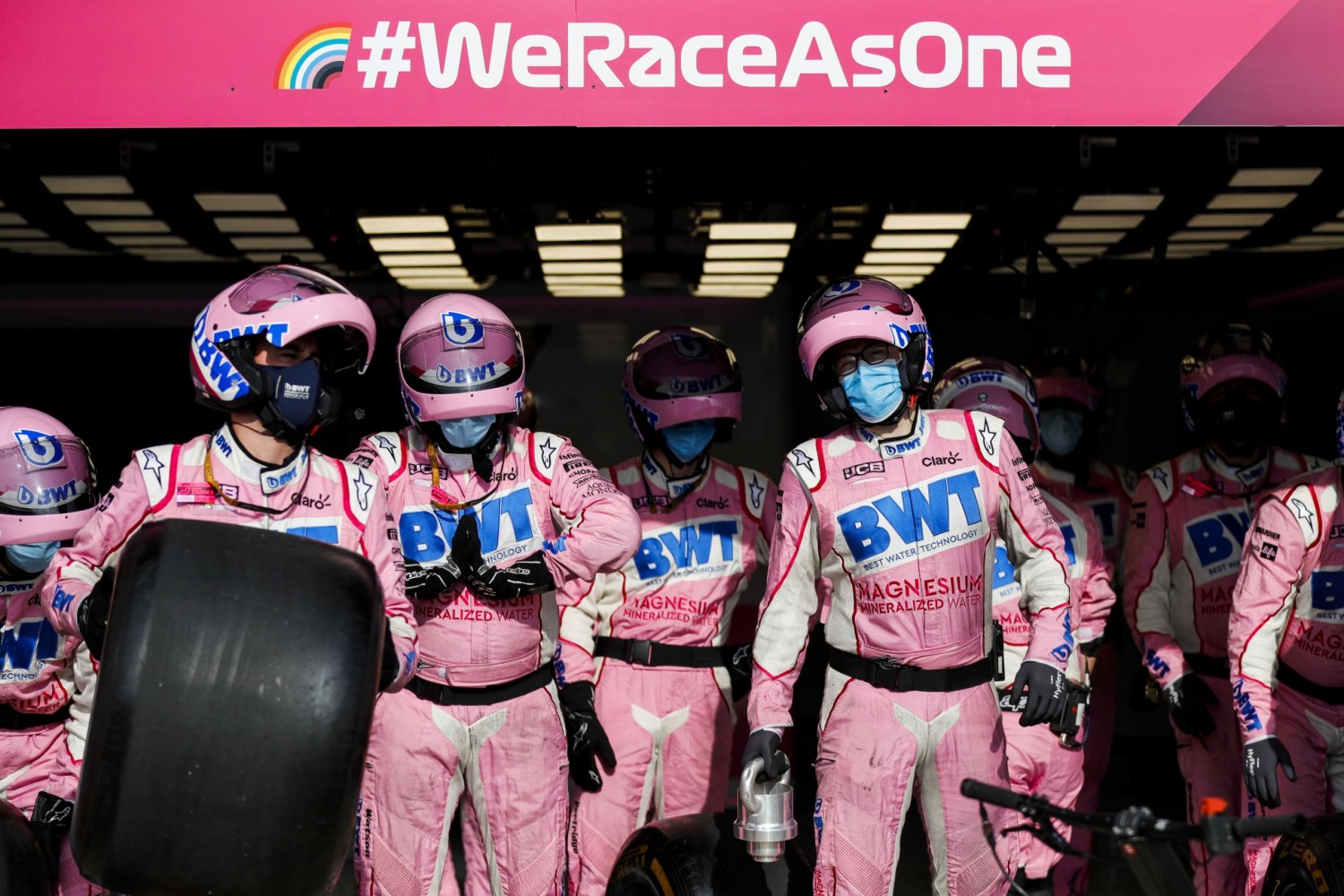 Sergio Perez
"It was clear that today we had the podium in our pocket and I'm disappointed we missed out. It's easy to be critical with the benefit of hindsight, but ultimately we should have tried staying out and keeping track position. However, I don't want to be critical of my team; the important thing is that we learn the lesson for next time. We still put in a great performance to go from P11 and into P6 to score some really strong points. It was clear in the race that it was very tough to overtake and we still managed to improve with a tremendous first stint on the medium tyres – and it was a good decision to pit when we did [on lap 27] to gain three places. It was very close to being the perfect race for us today. We will keep pushing and we're looking forward to returning to Turkey next time out."

Lance Stroll
"It was a really difficult day out there. The contact with Esteban [Ocon] on the first lap really ruined my race and I had significant damage to the front wing. It's a shame because I was able to make up a couple of places at the start. After the contact, we came in at the end of the first lap and switched to the hard tyre, but we knew that without a really disrupted race, it was going to be tough to make up many places because it's so hard to overtake here. At the final pitstop, I had really cold brakes and that meant I overshot the pit box. I'm really glad to hear that my mechanic is OK – that's the most important thing. There's not a lot of positives to take from today, so onwards and upwards now. I'll work hard to turn the corner in Turkey."

Otmar Szafnauer, Team Principal and CEO
"A challenging afternoon that didn't end quite as we had hoped, despite scoring eight important points. Sergio was well placed to finish on the podium after Max [Verstappen] retired, but, with the benefit of hindsight, we shouldn't have pitted and instead tried staying out on the hard tyre. We chose to pit because we were concerned it would be difficult to switch on the hard tyres after the safety car. Those cars behind could do the opposite and were able to stay out on their very old tyres, gaining track position. Unfortunately, George Russell's crash resulted in an extended safety car and gave Sergio even less laps to use his tyre advantage. In the end, he had to settle for sixth place. For Lance, his race was pretty much over on lap one after the contact with Ocon, which broke the front wing. He had to pit and was playing catch up all afternoon, which made it difficult to score points."