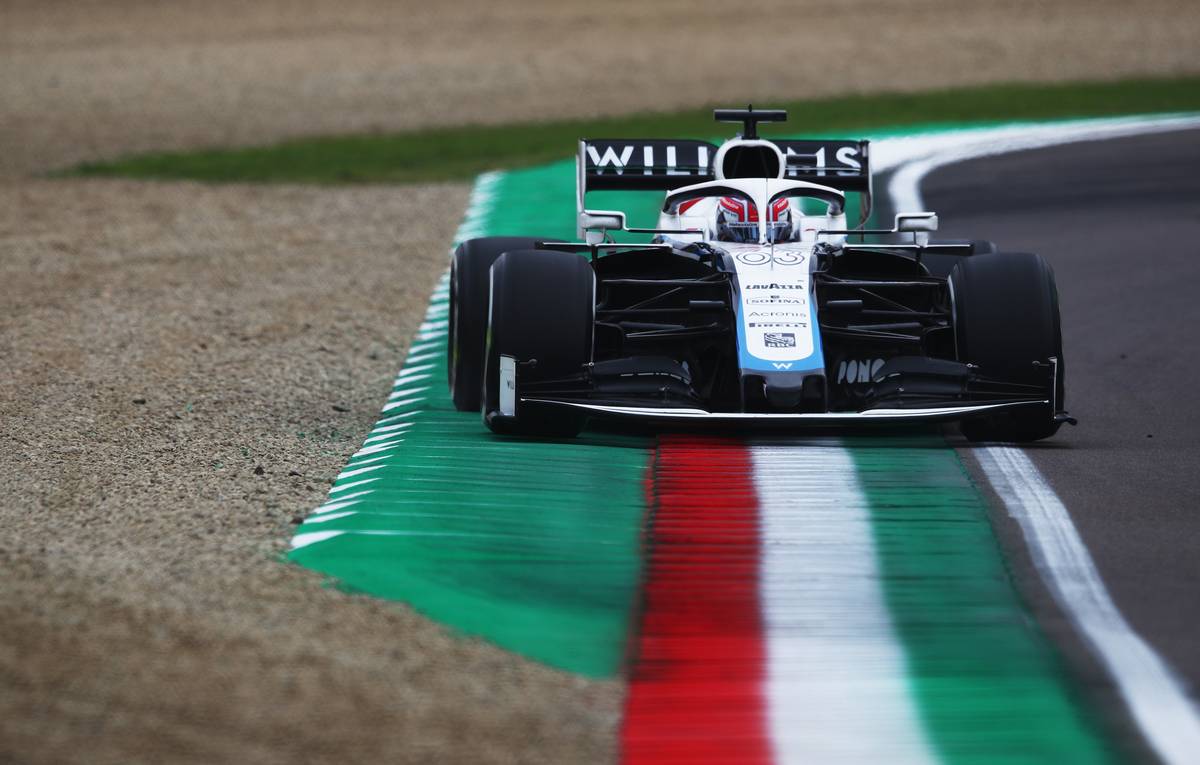 Nicholas Latifi
"It was a strong race for me today, especially off the back of a really tough weekend in Portugal. We ran really long in the first stint aiming to have a tyre life advantage at the end. It seemed that the prime tyre was not a great race tyre in terms of how much grip it was giving, and I didn't really feel any quicker on it. I hoped to capitalise on the second stint but my restart after the safety car was poor. Antonio (Giovinazzi) made a mistake in the chicane on the last lap which gave me DRS. We seemed to have a pretty decent straight-line speed advantage compared to the Alfa Romeos this weekend, so with one more lap maybe I could have got past him for 10th. It is a bit disappointing, but the overall pace today was encouraging."

George Russell
"I was pushing as hard as I could from lap one, the most aggressive I have ever been. I knew that with the guys behind me on the new tyres and myself on the old tyres, I had to be super aggressive to be in with the chance of getting a point. I came out of the corner and the tyres were too cold and I just lost the car, and I was already in the wall. It is absolutely gutting, and I am really sorry to the team. We were having an amazing race up until then, we were pushing really hard every lap and the pace was good. There are no excuses, I have to go away and learn from this and come back stronger next time."

Dave Robson, head of vehicle performance
"We need to get home and unpick what happened today. After a good performance yesterday and a decent first lap, we were well placed. We opted to pit George early to attack the cars ahead and this allowed us to undercut Ocon. With Nicholas, we decided to leave him on a longer stint on the Medium tyre whilst we allowed the race to unfold and waited for an opportunity. Once Perez got close, we brought him in before we lost time. The late safety car caused some chaos in the final laps, bunching the pack back up and allowing several cars to make cheap pitstops for fresh tyres. George stayed out and held track position but unfortunately lost control of the car whilst trying to keep his tyres hot. This extended the safety car period further and once Albon went off, elevated Nicholas to his third 11th place finish of the season. He came very close to beating Giovanazzi for the final point scoring position whilst also mounting a robust defence with the Haas. Unfortunately, the race was one lap too short for Nicholas to score the final point.

"Overall, we are very disappointed with the result as we worked extremely well and effectively throughout this weekend and have shown good pace in both qualifying and race trim. Considering how much track time Nicholas lost on Saturday morning, he has had an excellent weekend and showed very good pace and race-craft today. George will be very disappointed with today's result, but he had good pace and was able to race competitively with the midfield for much of the race. It has been a tiring but rewarding couple of weeks during which we have raced at some superb venues. We will now head home, regroup and prepare for the final races of the season."