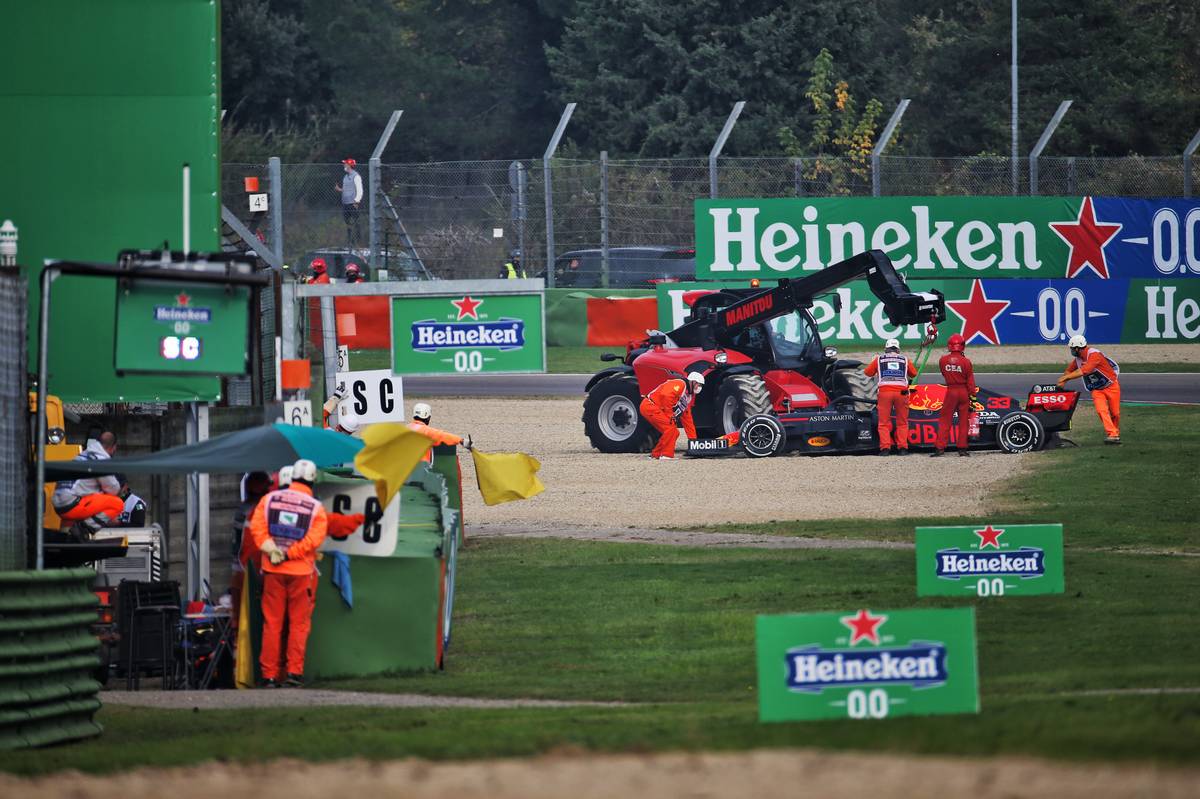 Alexander Albon
"Finishing last didn't show what really happened throughout the race, it was tricky out there and it was one of those races where we spent lots of time behind other cars in a train. I don't really know what happened at the re-start yet. The tyres were cold and I had to push hard to try and stay ahead of the cars who had pitted under the Safety Car, which caused the spin, but it also felt like I may have got clipped but I'm not sure. It all just happened so quickly. In hindsight maybe we could have done something different, it was a difficult one, if we pitted for softs like the other cars did towards the end of the race then we could have seen a much better result. Obviously, it's not what we wanted but I'm going to focus on Turkey now and take the positives from how the car felt and an improved Saturday."

Max Verstappen
"I had a good start and was enjoying fighting and staying with both Mercedes cars. I had a good start and got past Lewis, I pitted early to trigger the pit stops and Valtteri followed, but he had damage and started holding us up after the stop so we lost a lot of time to Lewis who was in clean air. Once I got past him, the pace was there and the car felt good. I was actually having a lot of fun and then suddenly on the straight I lost the car because of some sort of tyre failure, so it's a big shame because it would've been very nice to have second place and another podium. It is what it is and to score zero points is obviously not what you want but overall the race itself was very positive."

Christian Horner, team principal
"We've had three races in Italy this year and three DNFs for Max so it's not been kind to him. Max got a very good start, getting ahead of Lewis and it was a game of chess in the first stint being sandwiched between the two Mercedes cars, seeing who would pit first. It became apparent that Valtteri had damage and after the stops Max was right on him. Max waited for his moment patiently and passed him on the main straight. He then pulled away from Valtteri and was on track for second place until his tyre let go, possibly due to some debris, which ended his race. It's very frustrating, especially as today we felt we had pretty strong pace, so it's annoying not to get second with Max. For Alex, it's a difficult one because he was in a race with Charles and Daniel all afternoon, stuck in a bit of a train, and then at the re-start he tried to cover the cars behind who'd just had a free stop for new tyres under the safety car, and he lost it at the second chicane. It's incredibly unfortunate to come away from this weekend with zero points but we'll build back up for Turkey, a track we had good success at last time out. Congratulations to Mercedes and Toto for achieving seven consecutive Constructors' Championships, an amazing achievement and we certainly hope to be able to give them more of a challenge next year."