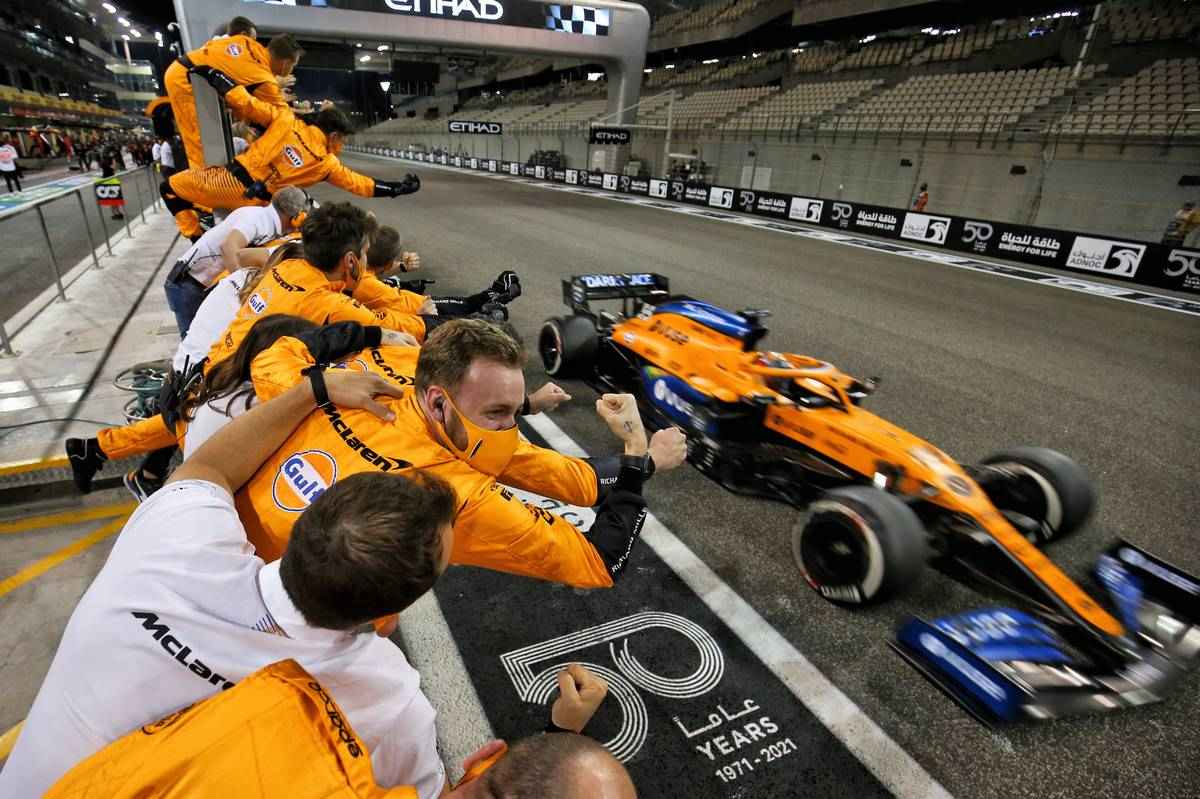 Carlos Sainz (P6, 8 pts): 8/10
One has to wonder how Carlos Sainz is feeling about his forthcoming move to Ferrari, given the current state of affairs at Maranello just when McLaren is very much on the rise. With third place in the constructors championship and equal sixth in the drivers standings for Sainz himself, it's been a great year for the Spaniard and Abu Dhabi saw another effective performance from him. Although he didn't crack the top ten in practice until FP3, he was easily through to the final round of qualifying although he did end up two spots behind his team mate Lando Norris. He consolidated sixth place over the opening laps before pitting under the early safety car on lap 10 for Sergio Perez' retirement, which briefly dropped him down to ninth place for the restart. He then swiftly dispatched first Charles Leclerc and Sebastian Vettel (he must have had mixed feelings about that, surely, given that it's pretty much the car he'll be wrestling with in 2021?), and Daniel Ricciardo's late pit stop on lap 39 completed his restoration to the top six which is where he finished his residency at McLaren. 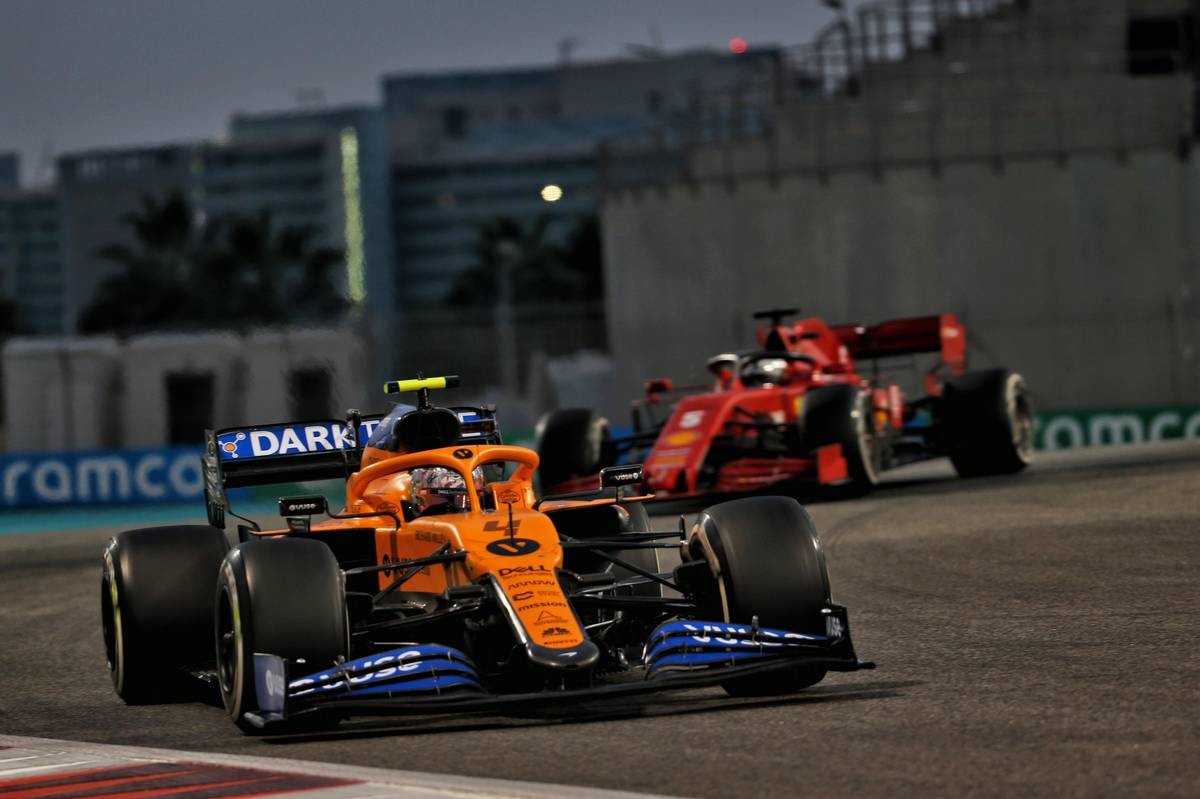 Lando Norris (P5, 10 pts): 8.5/10
Lando Norris is approaching a crucial moment in his still-young Formula 1 career: after two years at McLaren with Carlos Sainz, next year will see him paired up with Daniel Ricciardo and he'll need to prove he's up to that challenge. Perhaps that galvanised him this week in Abu Dhabi, which saw him in rather more energetic form than he's shown in some of the more forgettable recent outings. Fifth fastest at the end of Friday's practice sessions, and quicker than Sainz in final practice, he delivered on this promise by picking up fourth place on the grid ahead of Alex Albon. The Red Bull did get the better of him in the race on lap 6, and Norris lost a further position to the non-stopping Ricciardo when he came in for fresh tyres under the safety car, but after that he settled in to sixth place ahead of Sainz which he retained until Ricciardo's late stop on lap 39 restored him to fifth which is where he finished. The strong double result by the McLaren drivers sealed third place on the constructors championship, while Norris himself signed off the year with the better qualifying record of the pair, and by finishing the season finale ahead of both current and future team mates. Hopefully it's a momentum that will carry through into 2021.