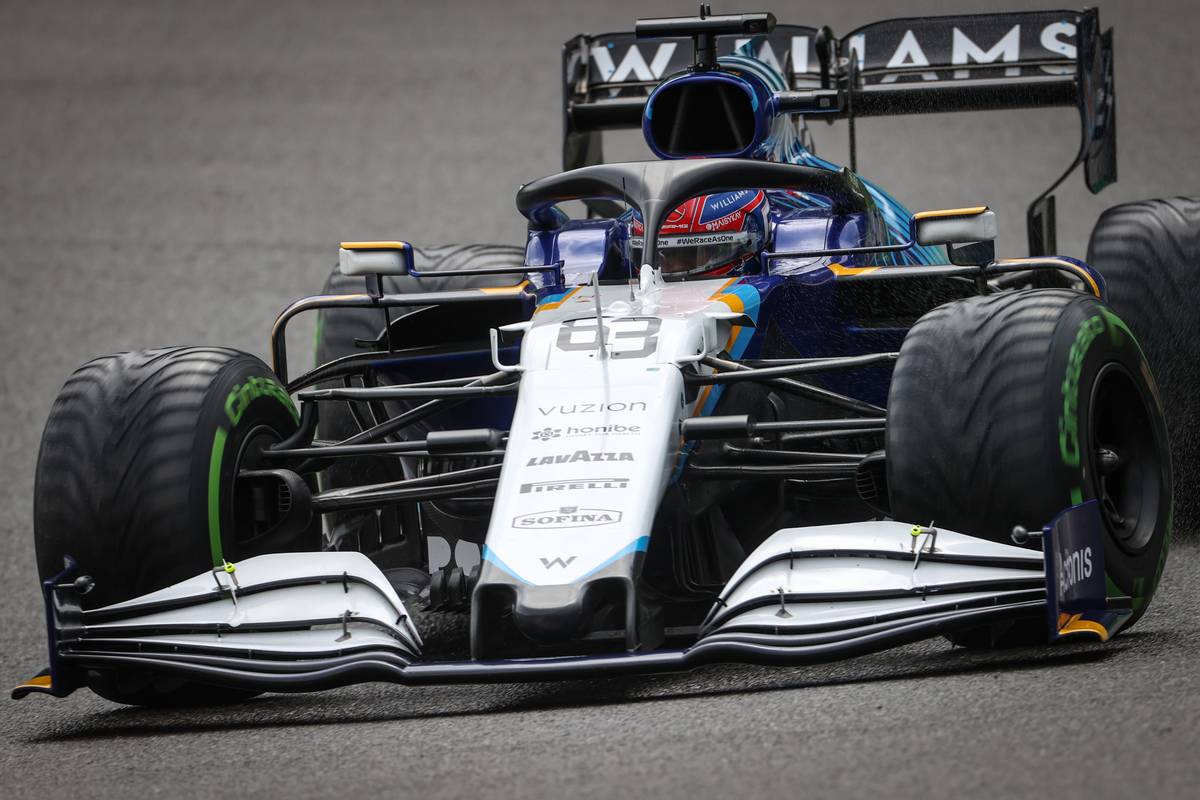 In the collective memory of F1 fans, last summer's Belgian Grand Prix will be remembered as a washed-out debacle, a disgraceful three-lap safety car farce shameful of Grand Prix racing.

But for most insiders , the event will be remembered for what took place on the day before, during qualifying, when George Russell shocked his rivals and the F1 community at large by sticking his Williams on the front row alongside poleman Max Verstappen.

In treacherous conditions that had caught out McLaren's Lando Norris in the middle of Spa's Raidillon in Q2, Russell had breezed his way through qualifying's successive segments. At the start of Q3, a slightly drier track – or rather less wet surface – allowed for inters.

With a well-performing car under him and a good feel for his tyres, a confident Russell astonishingly popped to the top of the time sheet in the final minutes of the shootout.

But with F1's championship contenders and a few other drivers yet to clock in, it was a logical case of watching the Williams driver being gradually pushed down the order as his rivals completed their final flyers. It never happened.

While Verstappen succeeded in displacing Russell at the top by 0.321s, Lewis Hamilton came up short, to everyone's total astonishment.

"What a stonking lap!" Russell was told over the radio by his overjoyed Williams engineer. And it was, with the Briton's bravery matched only by his daring and flawless precision.

Montoya: Perez 'would have been destroyed' 20 years ago