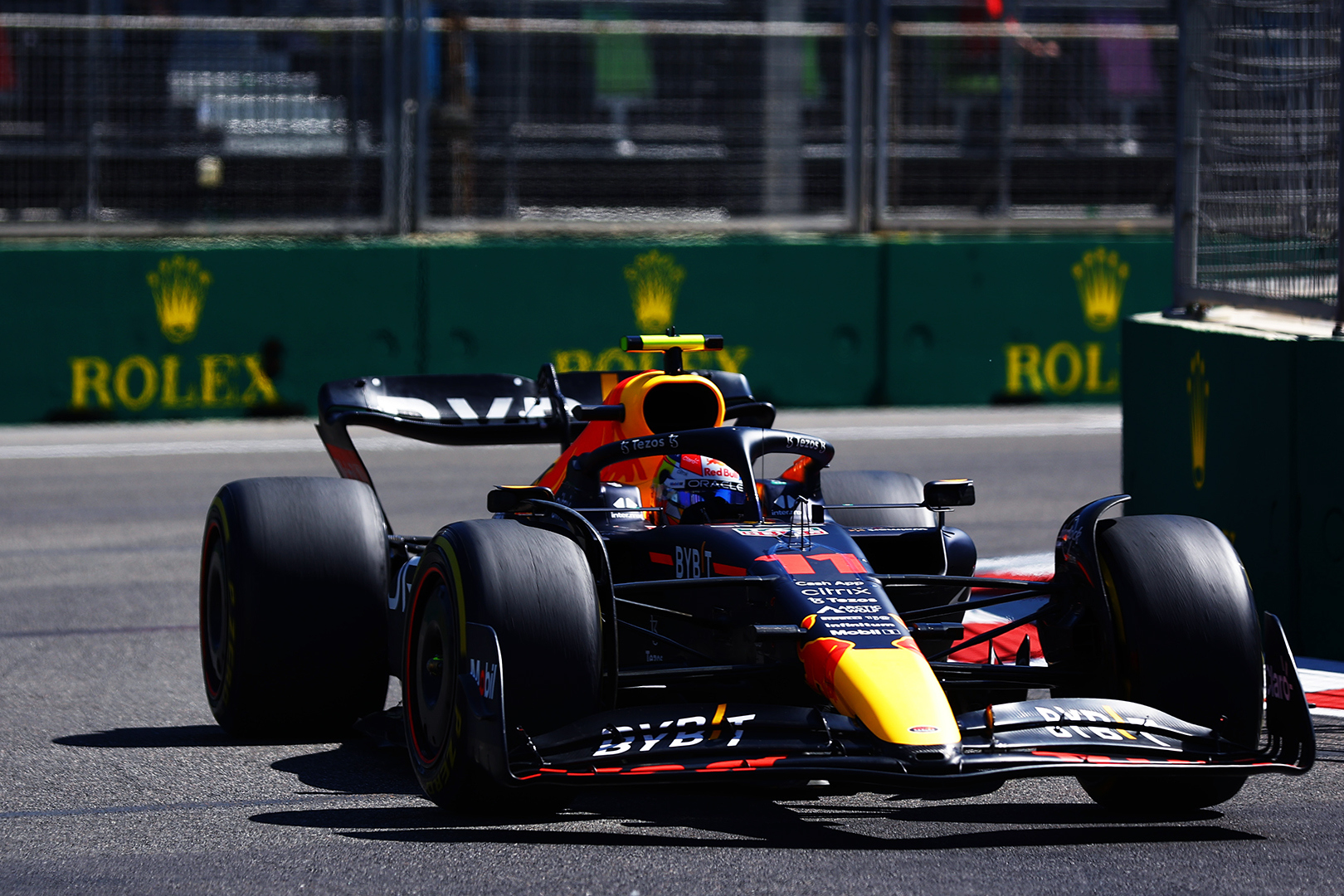 Sergio Perez (P2, Fastest Lap, 19 pts): 9.5/10
The race in Spain had left a slightly bitter after taste in the mouth with Red Bull's brutal application of team orders - rather rare at this point of the season with the championship still in its infancy. That was redressed with Sergio Perez' brilliant victory in Monaco and by the announcement that he had signed a well-earned contract extension with the team for two more years. But that nagging issue of team orders reasserted itself in Baku: Perez was clearly faster than Max Verstappen throughout the weekend, where he was vying for the top spot in every practice session with Charles Leclerc. The Ferrari managed to come out on top in qualifying but Perez still secured a front row grid spot, relegating Verstappen to third. When the race started Perez was told to 'get your elbows out' and that's exactly what he did, encouraging Leclerc to run wide and lock up while he himself dived down the inside and into the lead. It looked like being back-to-back wins for the Mexican, but once Leclerc was out of the way with an early pit stop the Red Bull pit radio mandated 'no fighting' between the pair. Anywhere else and that would have meant holding position, but on this occasion it was apparently an instruction to 'let Max pass and then don't challenge him'. In fairness, at the time the team was still managing the threat from Leclerc who briefly resumed the lead when the Red Bulls made their own stops. But once the Ferrari retired with engine failure there was never any question about returning the position to the compliant Perez, or letting the pair have a spirited battle to decide the victory. The team was simply content to put both cars on cruise control for the rest of the afternoon - a worrying portent for how they might approach the rest of the season in their desire to hand Verstappen his second title on a silver platter. 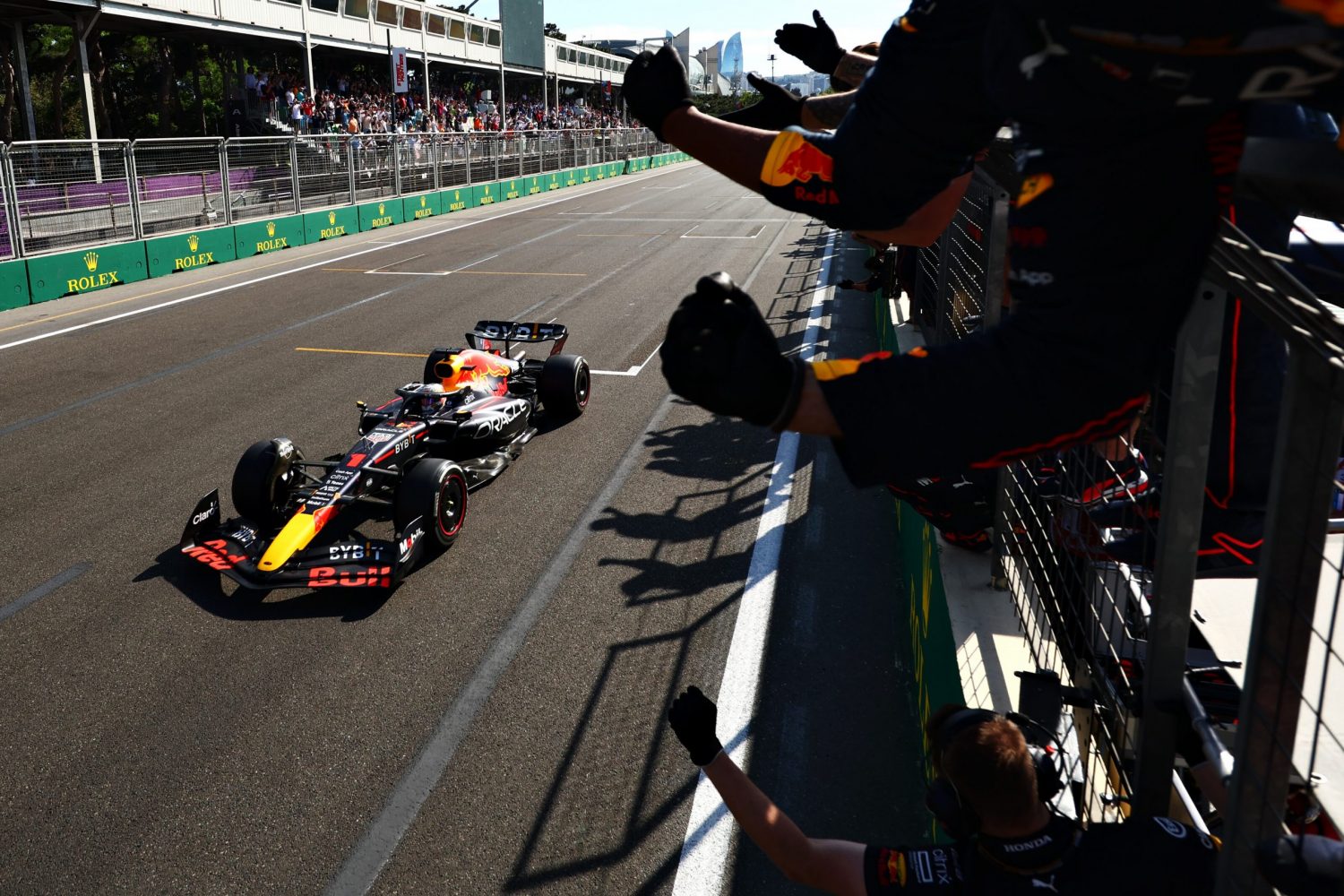 Max Verstappen (P1, 25 pts): 9/10
For the second race in a row, Max Verstappen had been looking slightly off his best and notably slower than Sergio Perez. How long has it been since we saw Verstappen qualifying behind any of his Red Bull team mates twice in a row? The Dutch superstar was complaining of not being able to find the required front-rear balance on Friday, and while he picked up pace on Saturday he was still struggling to match the performance of Perez going into qualifying. A disrupted end to Q1 allowed him to claim top honours at the end of the first round but that was his only time heading the timesheets, with Perez quickest in Q2 and Charles Leclerc claiming pole in Q3. Verstappen was left lining up alongside Carlos Sainz on the second row on Sunday, and while he was busy keeping the Ferrari in its place, Perez was cheerfully taking care of business at the front and dispatching Leclerc to take the lead. When Leclerc pitted early in the aftermath of Sainz' retirement, the two Red Bulls were left running line astern - unlike in Monaco, and giving Red Bull the opportunity to execute team orders and put Verstappen in front. With Perez told 'no fighting' and Leclerc subsequently joining Sainz on the sidelines, it was an easy run to the finish for the reigning champion, extending Verstappen's lead at the top of the championship standings to 21 points. The big difference is that the man in second is now Perez rather than Leclerc, and Red Bull's margin over Ferrari in the constructors championship is a formidable 80 points after just eight races.