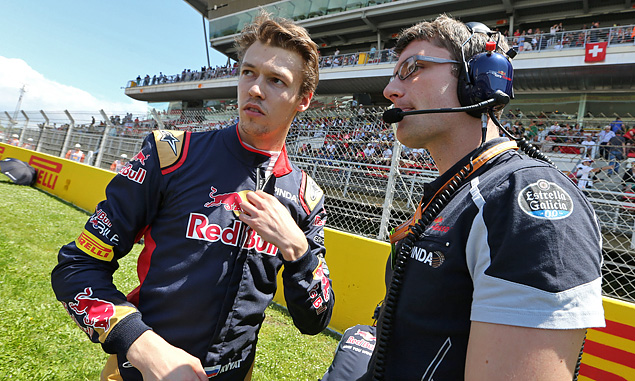 Carlos Sainz
"What a fantastic race! We finally put a whole weekend together – we had a productive Friday, were fast in Quali and had good pace in the race today – and I’m a very happy man! P6 is an amazing result for me and the team, and to achieve this at my home race makes it even better. The start to the race was great, I think I did one of the best race starts of my life to be honest, running in a podium position and battling with Ferrari… Those first laps were really nice! I felt comfortable during the rest of the race, the team did a very good job with the pit-stops and I had a big smile on my face when I crossed the line in sixth position. I’d like to thank all the fans that have shown their support all weekend here in Barcelona, especially to those who came to my grandstand at Turn 12, they really gave me an extra boost. I’d also like to congratulate Max on his win today, I’m very happy for him and the Red Bull family – I think it’s great that Red Bull brings young talent into Formula 1 and we keep succeeding, proving them right."

Daniil Kvyat
"It was a good race for us today. We had to give two positions back at the restart of the race, so we lost a bit of time there. But a part from that, the pace was strong and we were competitive. It’s positive to be back and to finish in the points straight away. The car felt good and it didn’t take me a lot of time to get used to it. The second half of the race was fun, following the leaders without interrupting their fight, and I was able to overtake Gutierrez and get back into the points. The team also did a great job with the strategy and I’d like to congratulate them for this. It was a very productive day for the team, overtaking Haas in the Championship, so all in all, a positive weekend and we will continue fighting."

Franz Tost, team principal
"First of all, I’d like to congratulate Red Bull and Max for their first victory of the year. It’s great to see that Max was well-prepared for such a big success and to achieve it so quickly is something extraordinary! As for our race, Carlos did a very good qualifying yesterday and this was the base for his fantastic race result today. After the first lap, he was in third position and he defended well, but clearly we didn’t have the performance in the straight against the Ferrari’s. From that point onwards he drove a very comfortable race, with really good lap times and showing an excellent pace. Regarding Daniil, he had to start from P13, which didn’t make things easy, but he also did a good job in the opening laps. Unfortunately he overtook two cars under the Safety Car, so he had to give these positions back and this compromised his race a bit, but then he caught-up again thanks to a great strategy and good pit-stops. He managed to cross the line scoring a point, which is a positive sign and very important for us. We are now fifth in the Constructor’s Championship and I hope we can defend this position. We have a very strong package also for Monaco and I’m quite confident that we can also score good points there."