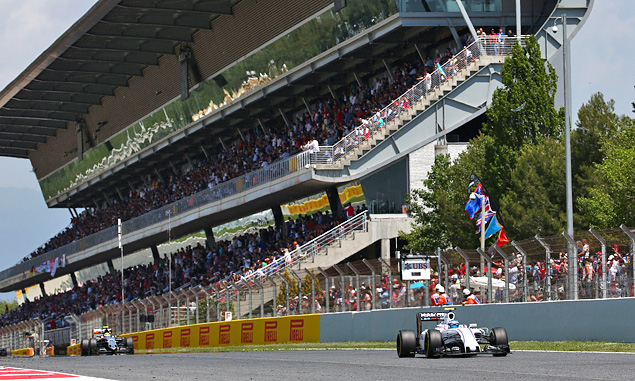 Valtteri Bottas
"I think we got the maximum today and I’m pleased to get decent points. We know our car wasn’t quick enough this weekend, but we had a good result, so that’s positive. Of course we would like to battle for the podiums and wins, but it wasn’t possible this weekend. We need to keep pushing on the development and we need more pace on these type of tracks. We knew that if something happened we could gain a couple of places, otherwise it was always going to be tricky, but this is racing. A lot of things can happen and this time we took a small advantage from it."

Felipe Massa
"It was definitely a very good race for us with some good points, finishing eighth positon from starting 18th. It was a difficult race, and not on our best track to finish in the points, so I’m happy. I know we’ve lost points compared to Red Bull, but that’s the way it is. I am really happy for Max. I know what it means to win for the first time, and he is only 18-years-old at a top team. Looking forward to Monaco, I hope we can show that we have a better car for that type of track, as we have struggled there over the last two years. Monaco is Monaco though and anything can happen. "

Rob Smedley, head of performance engineering
"I think Valtteri did a really good job. At the end of the first stint we asked him to push to overcut Sainz and Perez. We were about to call him in but we kept him on track so he could get the overcut, which worked well as Valtteri was very quick and pushing hard. After that, it was a straightforward race for him. Felipe’s race was much more complex. It was a much harder job to get those four points. I think we did a really good job in terms of strategy, which we switched around a little bit. We had planned a three-stop strategy, but we changed our tyre plan in the middle of the race to ensure Felipe had good pace to overtake and make progress when he needed to. We got him past the McLarens and onto the back of Perez, but he was unfortunately not able to pass at the end. That’s what we expected him to do in the race, and Felipe delivered. It was unfortunate he had to start from 18th, but we’ve all made mistakes and we’ve got to learn from them and do better next time. The pitwall worked well today and the pitstops were fantastic again; the team seems to be building in confidence as our stops continue to improve. Unfortunately, the car’s pace isn’t quick enough at the moment. Red Bull may have won today, but we won’t stop challenging them. We’ll keep pushing them as hard as we can, and in order to do that, we need more pace from the car."