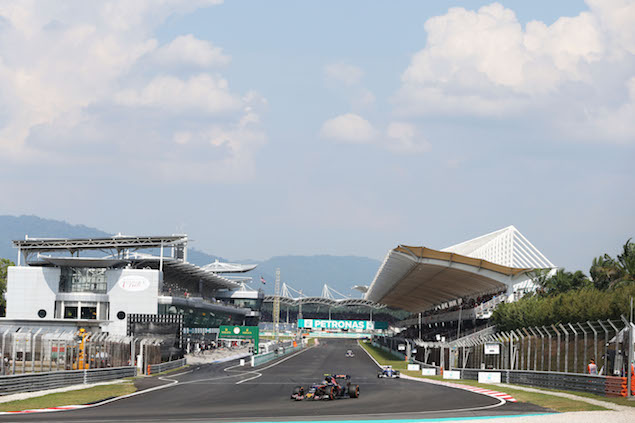 Carlos Sainz
“We were so close to the points! It was quite an eventful race right from the start, which was what we needed. My start was also very stressful, as I was doing a clutch warming when I arrived to the grid and the engine suddenly stopped! I managed to turn it back on and it was just as the lights went out… So my start wasn’t great because of this, but I then did a mega job at Turn 1 and overtook five or six cars! From then on we tried to follow the opposite strategy to many others – when the first Virtual Safety Car was deployed we decided to stay out, which was a bit risky, but meant we were fighting for the points positions! In the end, we did a good race and if we didn’t end up in the points it’s because we just didn’t have the pace, not because we didn’t try. We will of course keep working and I now look forward to Japan, a race that has become one of my favourites after enjoying it for the first time last year. I also can’t wait to meet all those amazing Japanese fans again, they definitely give you an extra boost!”

Daniil Kvyat
“Unfortunately our race was destroyed after some contact on the first lap with another car. My front wing got damaged and, from then on, we really couldn’t hope for much. It’s frustrating when this happens, but when you start from so back on the grid this is always one of the risks – sometimes you escape, sometimes you don’t… It was just one of those races! Luckily the race in Japan is next week, so we can start working hard for it straight away and forget today.”

Franz Tost, team principal
“First of all, I’d like to congratulate Red Bull Racing for their 1-2 finish here in Sepang, they did a fantastic job! Regarding our race, we simply didn’t have the pace during the whole of the weekend, therefore we started from only P15 and P16 on the grid. Unfortunately, Daniil touched Magnussen’s Renault at the start, between the first and the second corner. As a result, he had to come in to change his nose and from then onwards his race was more or less lost. Carlos showed a competitive performance. He had a good start and gained many positions during the first lap, climbing from P16 to P11. Later on in the race and before his first pit-stop, he was able to race in P6 and keep this position for quite some time. In the final stages of the race we were simply too slow to stay in this position and ended up only eleventh. Of course, the long straights here didn’t help us, but this is how it is. Now we have to be focused on doing a reasonable job in Japan next week.”