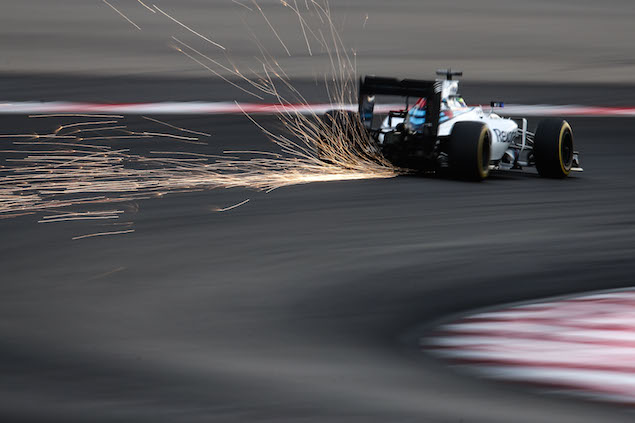 Valtteri Bottas
“I think it was a very good day for us. We definitely got everything there was to get from today. The start was good, we were able to make our planned strategy work, which was crucial today to be in front of Force India. We scored some good points. It’s a shame that we lost points with Felipe’s technical issues, but from my side I’m happy with the race. Let’s try and repeat this in Japan.”

Felipe Massa
“Well, when it’s not your day, it’s not your day. Everything happened at once. My throttle wasn’t working. The engine was on and I was trying to get it to work, but I couldn’t. Then when we went to the garage, we switched it off and on, and it was working again. Then we did the start from the pitlane. At the first virtual safety car I stopped to change to the hard tyres and did two or three laps after that until I got a puncture on my front-left. Maybe I picked up some debris from the track. I would say my race was completely finished from there. The only thing that would have changed it would have been a safety car, but it didn’t work out like that. It’s a shame, because Valtteri did a great job and it would have been great to get both cars in some good points, but unfortunately that didn’t happen.”

Rob Smedley, head of performance engineering
“Overall, at least with Valtteri, we were able to show what we can do as a team, which I don’t think we maximised yesterday knowing the potential of the car. That’s something we can all feel really proud of today. The teamwork and the resolve of everyone since the end of qualifying yesterday has been really good in working out the best strategy for today. It may have looked quite risky on paper, but our strategy with Valtteri was the right thing to do and it worked out well for us.  The start was great, the strategic decisions during the safety cars all worked out well, and Valtteri drove a brilliant race. It’s just a shame about what happened with Felipe. We’ve got to look into why the car effectively turned off on the grid and he couldn’t get going. He then had a pitlane start. All the bad luck he could have had, he had. Three laps later he picked up a puncture and had to pit again, and that put him out of contention. I think he’s driven a great race and showed a lot of mental resolve to get as near to the points as he did towards the end. Overall, as a team, we’ve worked really well together. Notwithstanding the disappointment of Felipe, it’s been a really good Sunday and we collected as many of the points on offer to us as we could. Despite having just one car in the points, we only lost two points to Force India today, leaving us just three adrift of them overall.  The next race is a higher efficiency race in just seven days’ time in Japan. Our aim there is going to be to maximise what will be a very good car around that track, of that there is no doubt. We need to claw that points deficit back.”