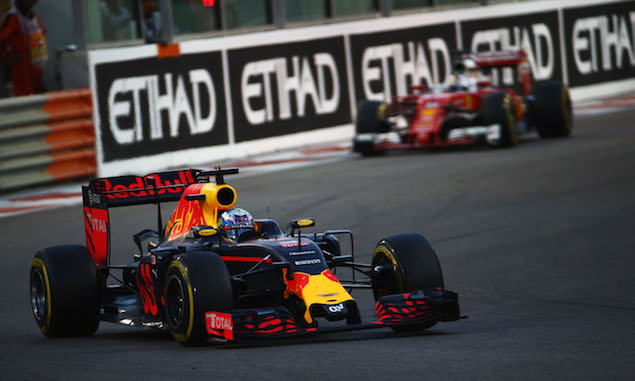 Ricciardo will be left bemoaning the exit from his first pit stop which saw him emerge alongside Raikkonen but just lost out to the Ferrari. From then on he was held at bay as Verstappen ran second, with Red Bull forced into an early final stop to get the undercut on Raikkonen. While that move succeeded, it meant Ricciardo didn’t have the tyre advantage he could have had compared to his team-mate and couldn’t catch Verstappen, fading in the latter laps once Vettel got past him and failing to tag on to the lead train of cars.