Alexander Albon is looking forward to racing on the streets of Baku next week, a venue the Toro Rosso rookie has successfully mastered in the past in Formula 2.

Albon was credited with a "fantastic race" in China by team boss Franz Tost who underlined the British-Thai racer's performance and top-ten finish which more than made up for a mistake in qualifying that destroyed his STR14 chassis and forced his crew to burn the midnight oil.

"I’m really happy with his performance and how he drove this race," Tost told Motorsport.com.

"It was a perfect race, without any incidents, and also his overtaking manoeuvres during the race were very good.

"It was a well-deserved point because from Friday onwards he showed a good performance with the car. He was very fast on Saturday in FP3 and then unfortunately he came off the track."

Albon heads to familiar territory in Azerbaijan, and he's determined to put to good use his knowledge of Baku and steer clear of its potential pitfalls.

"I've raced in Baku in Formula 2, in fact I won the first ever featured race there, the one with all of the crashes," he remembers.

"The track is very unusual and with the very long main straight down to Turn 1, your tyres can be cold, it can be an absolute mess there - we've seen when there have been restarts!

"You get a multiple slipstream effect on cold tyres, with cold brakes, everyone going into that first turn. Therefore, you have to keep your nose clean and be very precise.

"It's also got that very narrow section through the old town, which is really cool, and it's there where you can make a difference on a qualifying lap.

"The track is a bit like Monaco in the sense that you can put it on the line a little bit more, especially in qualifying when you really push it over the kerbs and brush the walls of the castle. I enjoy it." 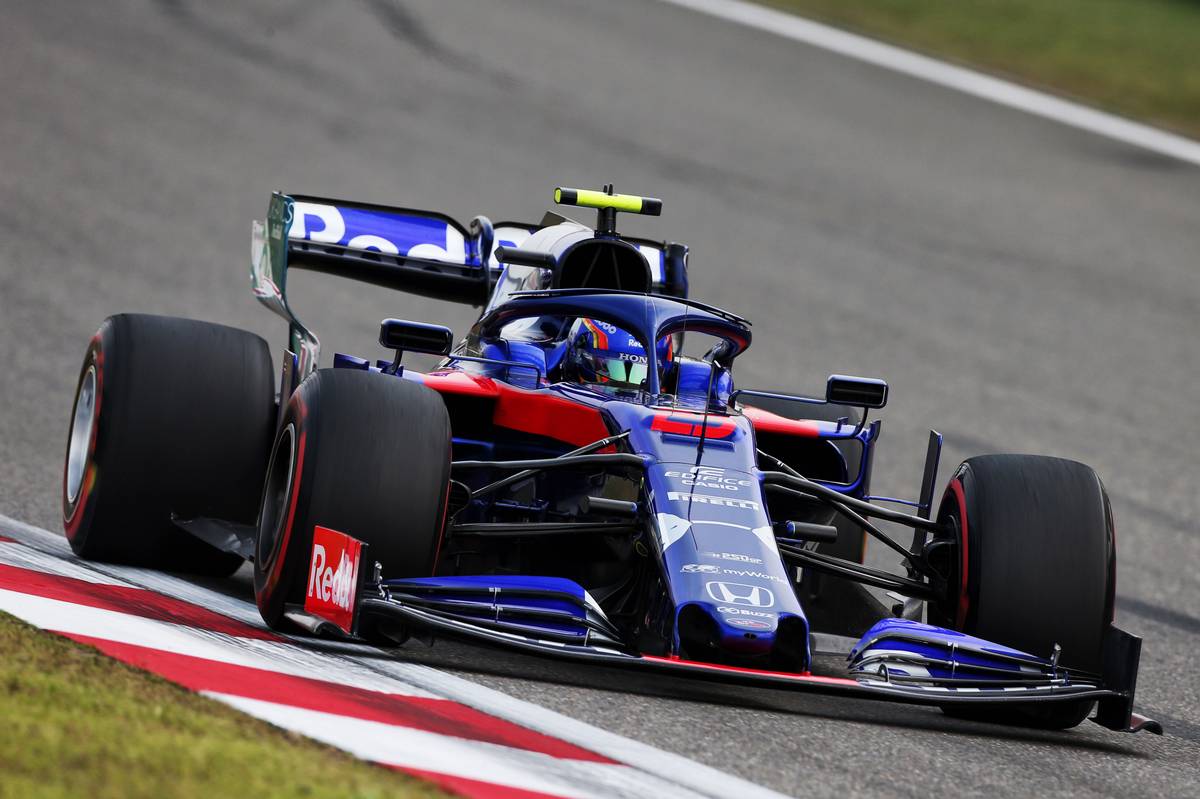 As much as he appreciates the 6.003km Baku City circuit, Albon will surely still have his fair share of challenges to contend with as his continues his apprenticeship at the pinnacle of motorsport.

"Each time I get in the car, I'm feeling more comfortable with it, my understanding of tyre management always gets better and our pace is improving steadily too," he says.

"I enjoy street tracks, especially driving a car with low downforce between the walls - after China, maybe Franz won't enjoy watching me so much!

"Baku is a proper circuit, in the sense that, if you have the speed you can pass other cars.

"Our car has been quick enough at all three races for both of us to be in Q3 and we haven't managed that yet. That should be our goal for qualifying."