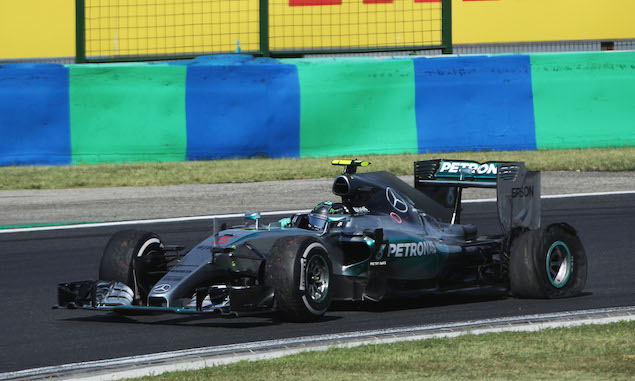 A strange weekend for Rosberg, who was struggling in practice, quick in qualifying until the final Q3 run and then out of sorts in the race. Running a distant third behind the two Ferraris before Kimi Raikkonen's problem, Rosberg was at least set to eat in to Hamilton's championship lead but he was careless when returning to the racing line after Ricciardo's attempted overtake, getting a puncture with which he had to complete a whole lap, ultimately ruining his race so late on.