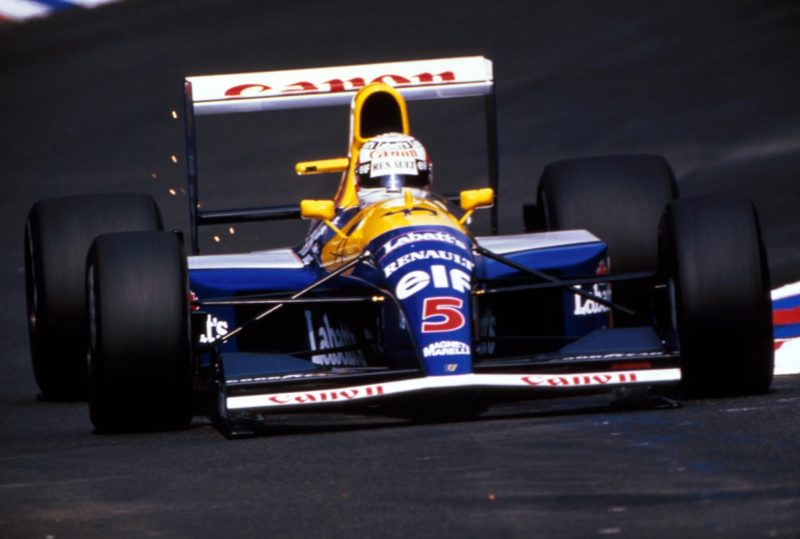 The very finely sculpted FW14 was a masterpiece penned by Adrian Newey. The FW14 was powered by a Renault V10 and loaded with electronics: active suspension, traction control, anti-lock brakes and a semi-automatic gearbox that needed time to find reliability. Seven victories in 91 were not enough to win the titles. But the B version won the 92 championship thanks to nine wins for Mansell who finally won the crown, while Patrese clinched six one-two finishes.