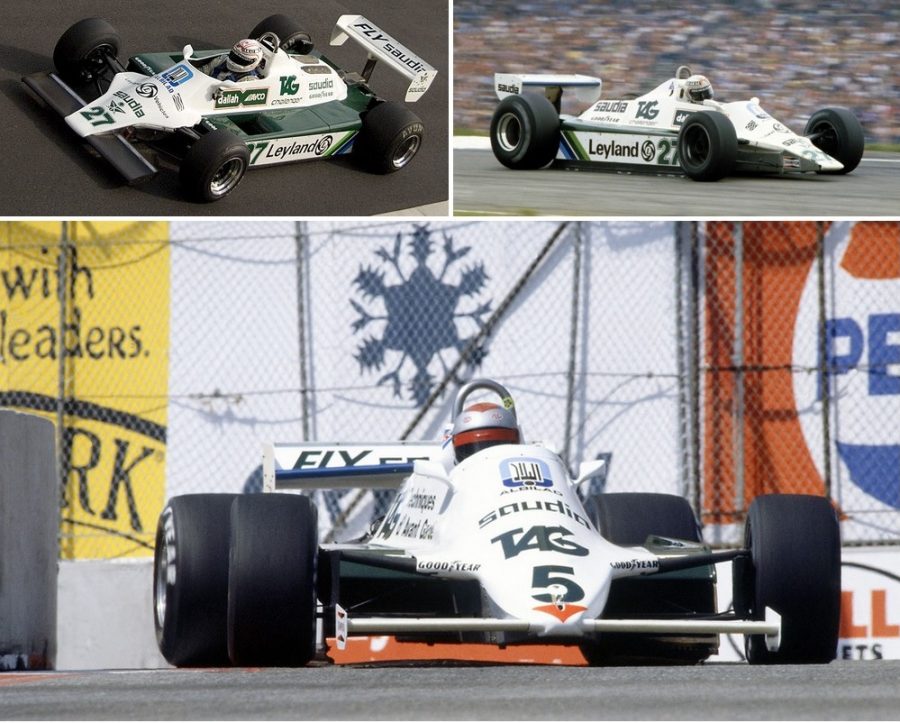 This car finally put Williams, which was now backed by Saudi money, over the top after years of struggles. The success of the FW07 was such that it was raced for three seasons and even the start of the 82 campaign, here with Mario Andretti (n°5) who stood in for Carlos Reutemann after the Argentinean’s surprise retirement. Head perfected the ground effects introduced by Colin Chapman. Clay Regazzoni took a historic first victory for the team at the British Grand Prix in 79 and there was more to come with 15 victories, eight poles, 44 podium results and three world titles.