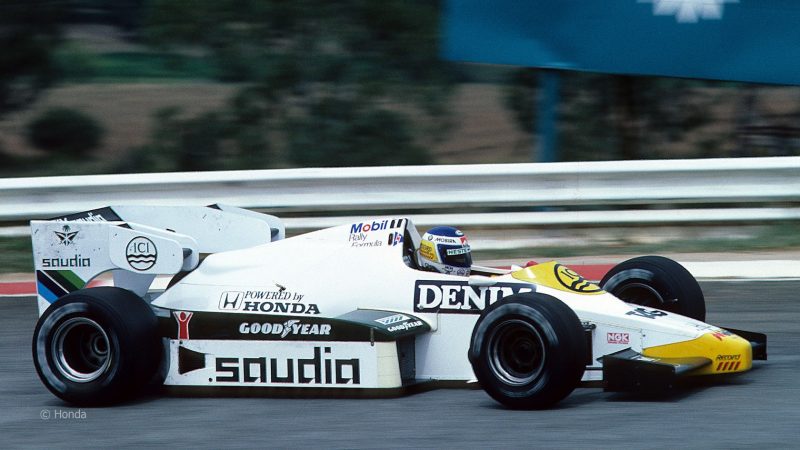 Williams first collaboration with Honda, the FW09 was an eye soar, lacking elegance with a very square and thick nose, and a bulky engine cover. It also suffered from the teething pains of the new but powerful Japanese V6. Laffite managed just five points. Accustomed to ringing the neck of his cars, the rough and tumble Rosberg managed to take the monster to victory in the sweltering Dallas heat in a race of attrition on a melting track surface. Even worse, the B version finished just once in seven races.