Catch up with what the teams had to say following the first race of the 2019 season, the Australian Grand Prix in Melbourne. 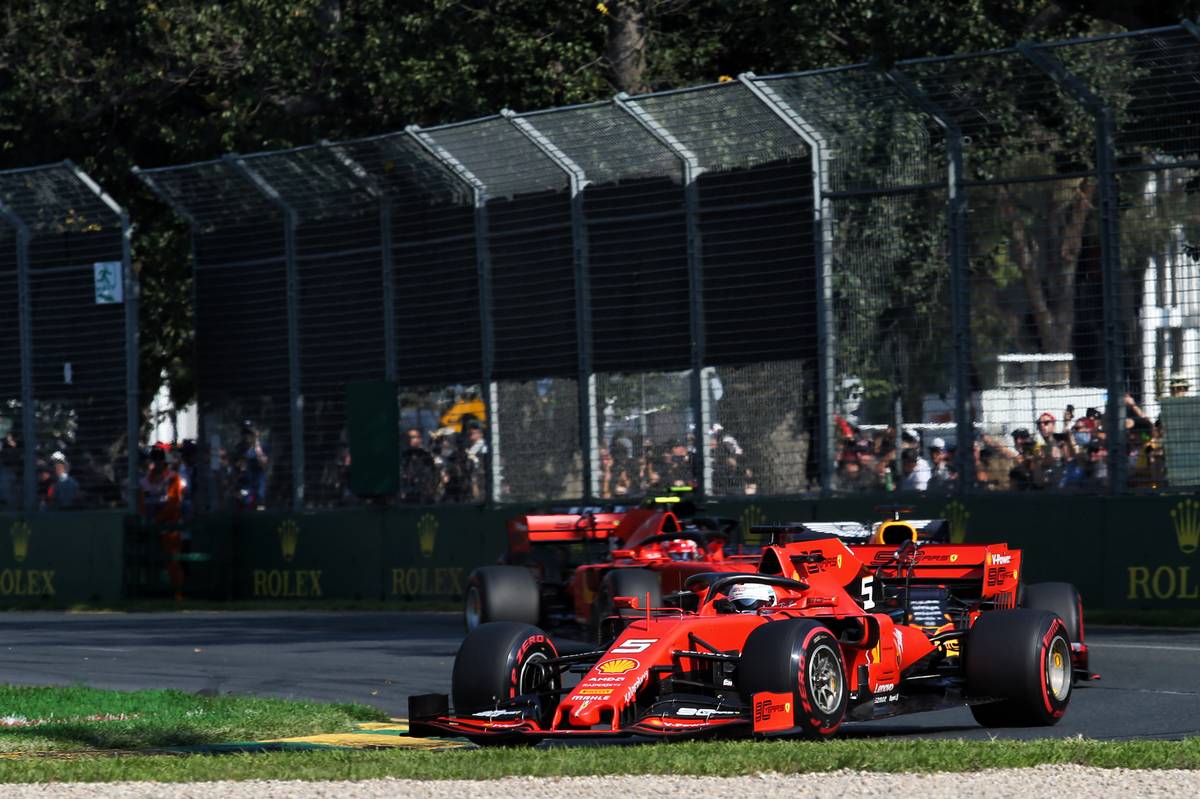 Charles Leclerc
"I made a good start, to the extent that I managed to pass Verstappen and found myself alongside Sebastian, who was fighting a Mercedes. That meant I had to put my wheels on the grass at the exit of the first esses, which allowed Max to get in front of me again. At the start, the car was not so easy to drive and that led to me making a small mistake at the first corner, which cost me a handful of seconds. We decided to fit the hard tyres at the pit stop and, I have to say, that from then on, the car improved a lot and I was able to push. Towards the end, I closed on Sebastian, but the team decided to keep our positions, given that the top three places were not within our grasp today. Now, we will work with the engineers to try and understand why we were not as strong as we had hoped to be, even though we brought home a good points haul."

Sebastian Vettel
"We were not happy with the car the whole weekend but today we struggled a lot. The reason I was so slow in the race was mostly due to the fact that the car could not find enough grip with the medium tyres that we fitted at the pit stop. As a team, we still got a decent amount of points from our fourth and fifth places, but this is not the result we were aiming for just a few weeks ago. So in the coming days, we will analyse the data in detail so as to be ready for the next race, which is not far away now. I'm sure that looking at all the information we have gathered here will give us a better understanding, but today, the result we got was the best we could do."

Mattia Binotto, Team Principal
"Right from Friday, we didn't feel comfortable at this track. Even though we did a lot of work on set-up, we didn't find the right balance and even our qualifying performance demonstrated that we were struggling to adapt to the Albert Park track. Then, in the race, in the first stint, we tried to keep up. Charles made a slight mistake, which meant he could not stay with the leaders. After his pit stop, Seb's car never found the right grip level on the Medium tyres and so the driver was unable to attack those ahead of him. When he could no longer fend off Verstappen, we decided the most important thing was to get to the end, managing the tyres. When Charles caught up to him, it seemed wise not to take any risks. We leave Australia with a lot of data to analyse and we will use that to work out how to get back to our actual level of competitiveness for the race in Bahrain in two weeks time."