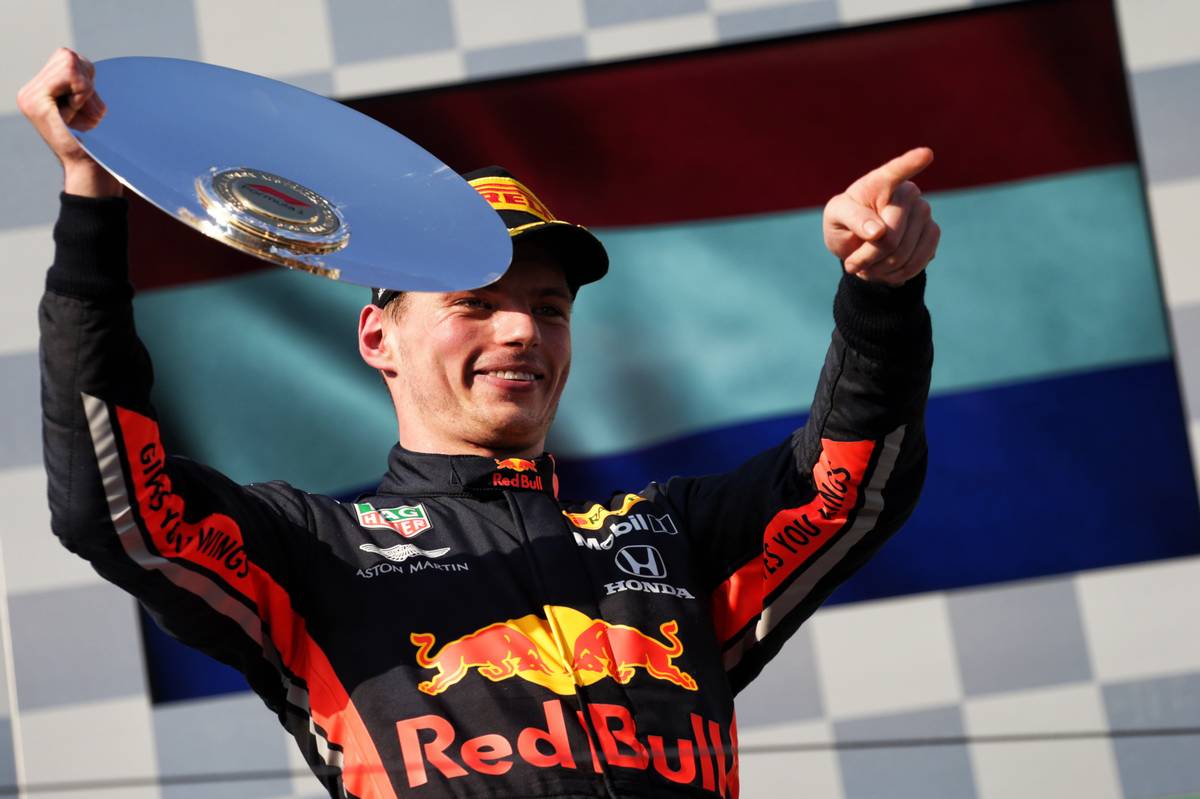 Pierre Gasly
"It was a pretty difficult race. With the new bigger rear wings, I couldn’t see the lights on the grid so I had to react with the cars around me and I lost a couple of places. Then I got stuck in traffic and even with the DRS, it’s super difficult to overtake here plus I had some debris in my front wing which didn’t help. I spent the whole race five tenths from the car in front but my tyres were just sliding and I couldn’t get past. I pushed as much as I could and I tried everything but it wasn’t enough to make it into the points. In general, the pace over the weekend was really good. In qualifying, we got knocked out of Q1 but I was happy with my first lap and it was just unfortunate that we didn’t make it through. Bahrain is a race I really like and we’ve seen the car is competitive so we’ll keep our heads down, stay focused and give a big push in two weeks’ time.”

Max Verstappen
“I am very happy for the team and also for Honda to finish on the podium today. Since we started working together it has been amazing and I am really enjoying the partnership, so this is a well-deserved third place for all of us. To be able to challenge Lewis at the end of the race and overtake Seb on-track, which around here is very difficult, is very positive. We had a little advantage with the tyres but it was satisfying to pressure Lewis even though I couldn’t get quite close enough to overtake him. The car was working really well and we also look strong on the straights which is hopefully a good sign for the rest of the season. I heard this is the first podium for Honda since 2008 so I am very happy that I managed to achieve this for them today.”

Christian Horner, team principal
“A fantastic start to the season with a podium finish at our first Grand Prix with our new power unit partner Honda, who haven’t finished in the top three since 2008. Max put in a remarkable performance today, and after a decent start and one of the day’s fastest pit stops, he was able to take advantage of the C3 tyre and make a great pass on Sebastian. He went on to put Lewis under pressure for the rest of the race, but didn’t get quite close enough. Pierre battled his way from P17 to finish just outside of the points, but at this track it’s notoriously hard to overtake. He drove the wheels off the car and it’s a shame that it wasn’t rewarded with a point. He raced hard and I’m sure his time will come. After a promising season opener, we now look ahead to Bahrain.”